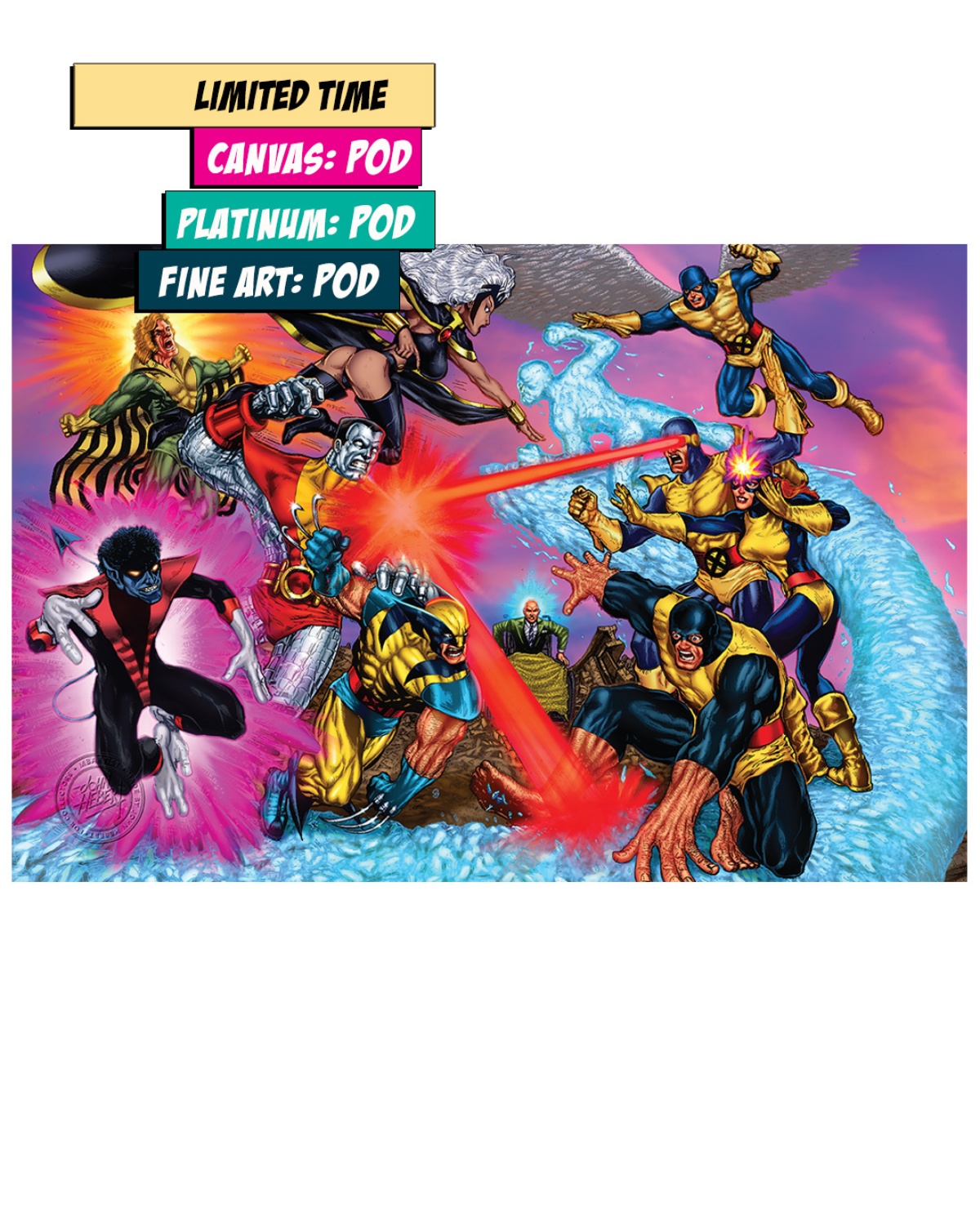 In September 1963 the X-Men comic book series was introduced by Stan Lee and Jack Kirby, including 5 original team members: Angel, Beast, Cyclops, Iceman and Marvel Girl, under the mentorship of teacher Charles Xavier. The series was re-launched in May 1975 with Giant-Size X-Men #1, by Len Wein and Dave Cockrum. A new team of international characters was introduced, including Cockrum’s creations Storm, Nightcrawler and Colossus. Cockrum teamed with writer Chris Claremont and together their stories nurtured and grew reader interest in the Uncanny X-Men (the rebranded title, October 1978), leading to a number of X-spinoffs.

“Originally a larger scale commission, I inked this image after a Xerox copy of my original pencils, which wasn’t ideal but turned out okay. When color was added we had to do some minor corrections to make sure textures stayed true to expectation, but other than being a little neon - which I think works for the image and time period - I really love this piece, and I can’t wait to share it.” - John Hebert