WICKED SISTERS OF OZ: FOR GOOD 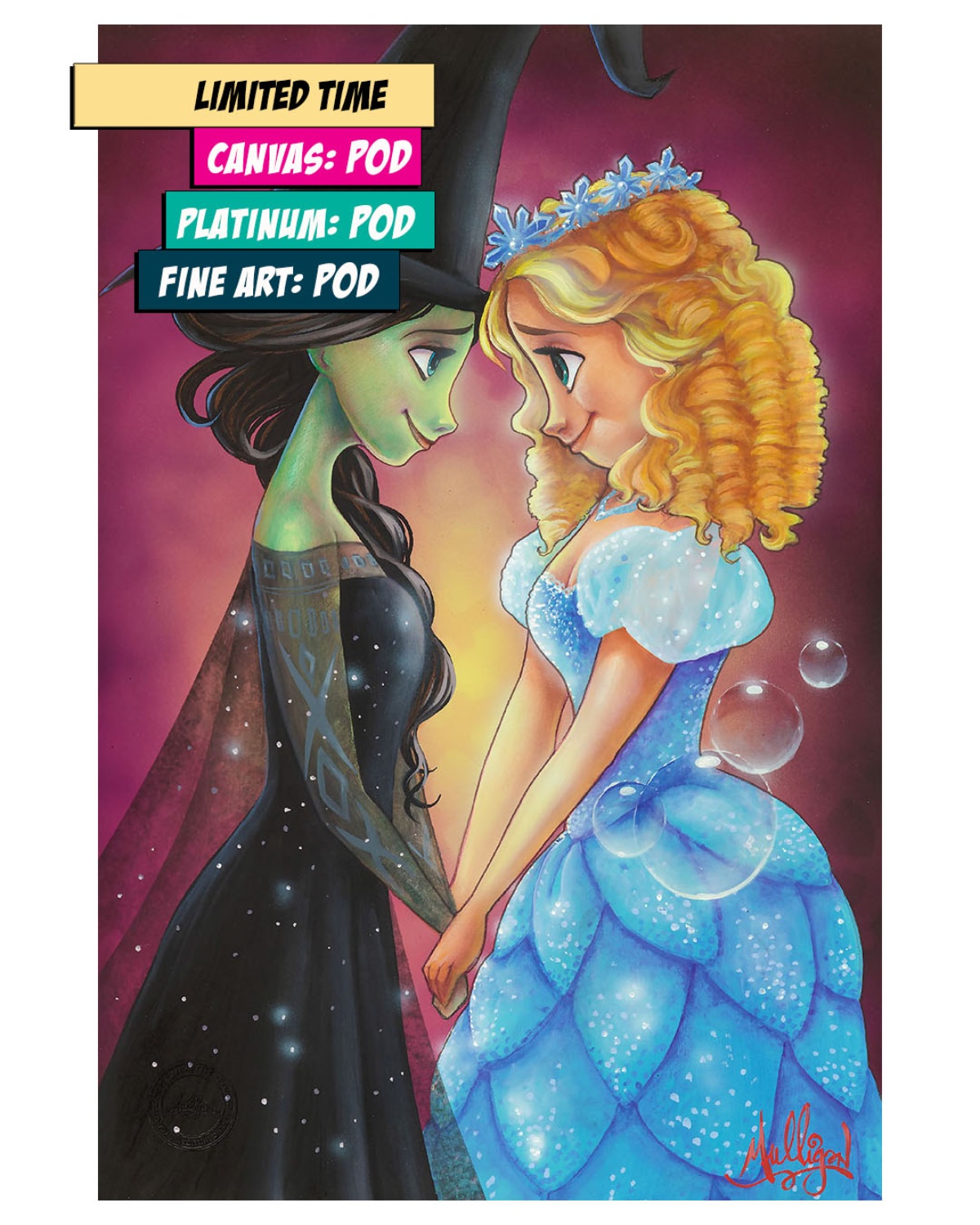 Celebrating the 10th anniversary of the Broadway musical ‘Wicked’, this poster was co-created by James C. Mulligan and writer/composer Stephen Schwartz...

Based on the 1995 Gregory Maguire novel Wicked: The Life and Times of the Wicked Witch of the West, the Broadway musical “Wicked” by Stephen Schwartz is told from the perspective of the witches of the Land of Oz. Its plot begins before and continues after Dorothy Gale arrives in Oz from Kansas, and includes several references to the 1939 film (Metro-Goldwyn-Mayer film, ‘The Wizard of Oz’) and the original novel (‘The Wonderful Wizard of Oz’, L. Frank Baum, 1900).

Wicked tells the story of two unlikely friends, Elphaba (the Wicked Witch of the West) and Galinda (whose name later changes to Glinda the Good Witch), who struggle through opposing personalities and viewpoints, rivalry over the same love-interest, reactions to the Wizard's corrupt government, and, ultimately, Elphaba's private fall from grace.

"This poster was developed for the 10th anniversary celebration of the Broadway show ‘Wicked’ released in partnership with Stephen Schwartz (composer, writer). There’s a Disney familiarity with the sisters from the ‘Frozen’ story that I felt was a sort of parallel to the Wicked theme about sisters and powers. The background style is inspired by the Broadway set and performance. – James C. Mulligan