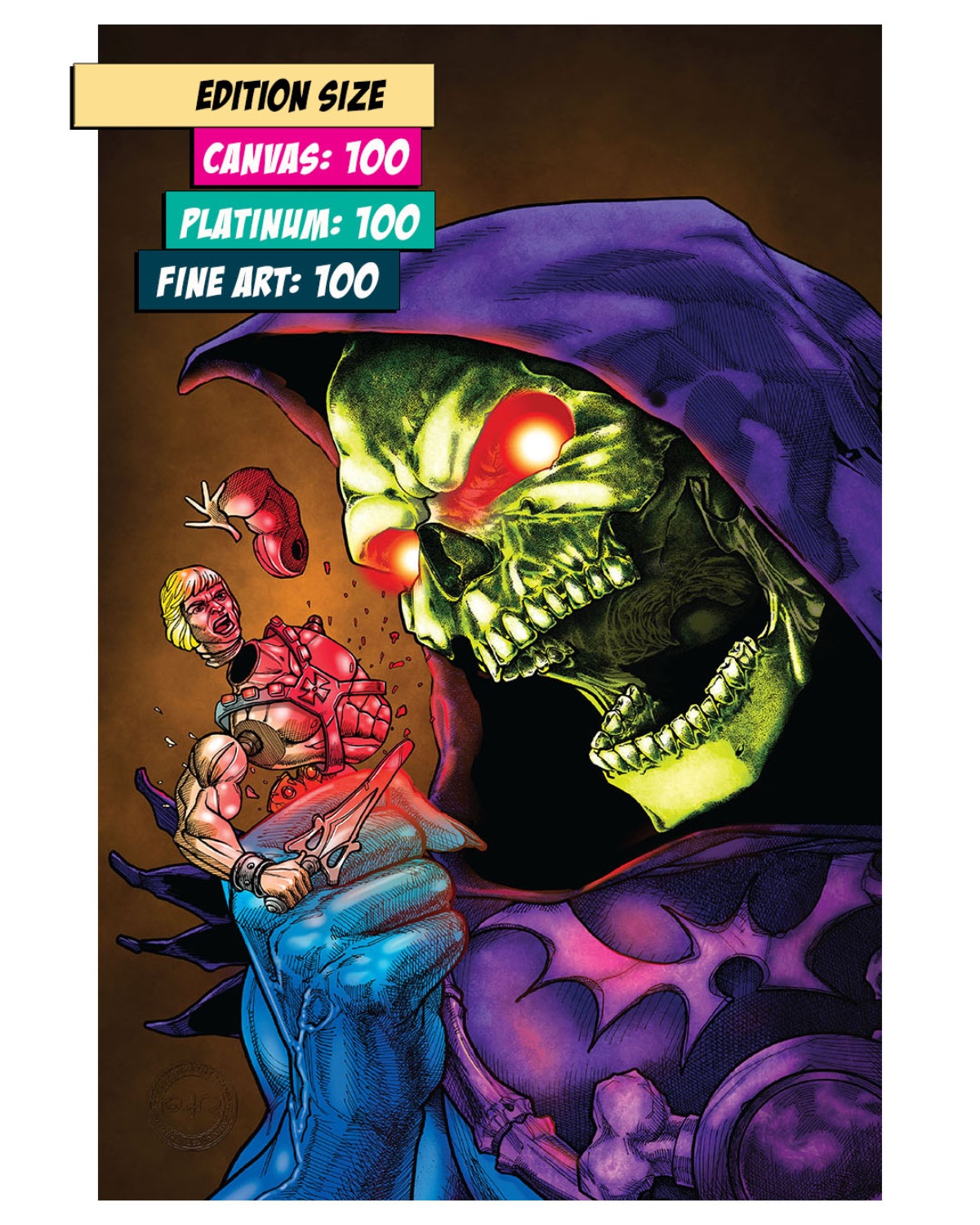 After summoning a dark entity to save his life at the cost of his face, the reborn Skeletor incessantly seeks to unlock the ancient secrets of Castle Grayskull...

From the MOTU (Masters of the Universe) franchise, created by toy making company Mattel, Skeletor served as the archenemy of the story’s hero - and his nephew - He-Man. Skeletor was once a man named Keldor who, due to being of mixed-race, was passed over for the throne of Eternia in favour of his younger half-brother, Randor. Keldor then attempted to seize the throne by force, leading to his disfigurement when his face was splashed by acid during a confrontation with Randor. After summoning a dark entity to save his life at the cost of his face, the reborn Skeletor incessantly seeks to unlock the ancient secrets of Castle Grayskull, which would make him unstoppable and enable him to conquer all of Eternia.

"Skeletor is one of the most menacing baddies but also one of the funniest guys around. I’ve always found the idea of a guy walking around with a skull for a face fascinating. I wanted to draw the portrait as a window to his soul and his rich personal history and obsession.” – Jaime Coker