VENOM #1: THE ENEMY WITHIN 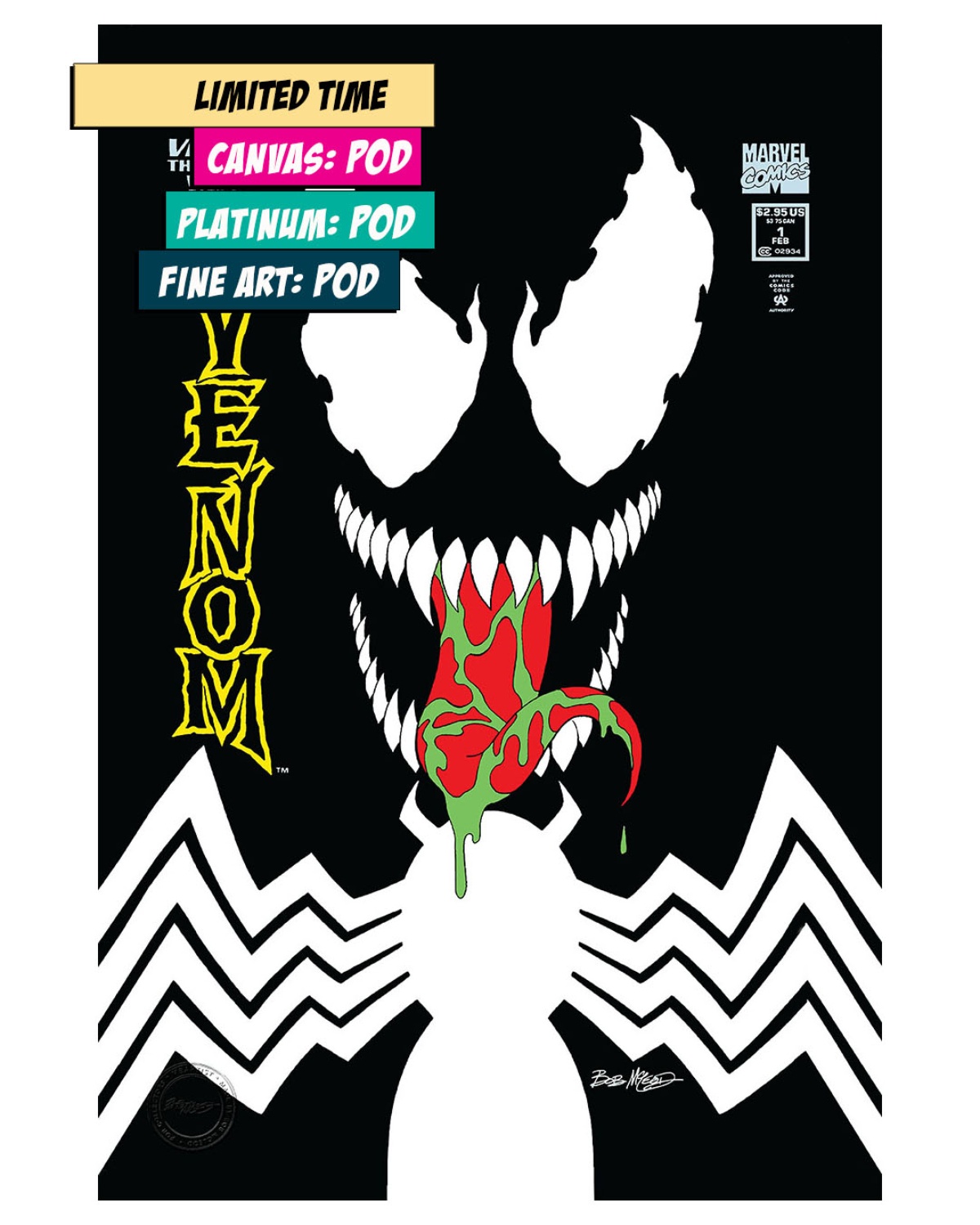 "This cover was part of a mini-series that I did shortly after returning to Marvel from a run at DC Comics.” – Bob McLeod

From the archive of Marvel and Hall of Fame artist Bob McLeod, a recreation of the classic comic book cover of Venom #1: The Enemy Within.

The first of the Marvel Comics symbiotes, amorphous aliens that empower and influence the human hosts they bond with, the sometimes villain/sometimes antihero character “Venom” has had several incarnations and is credited with co-creators that include  Todd McFarlane, David Michelinie, Mike Zeck, Roger Stern, Tom DeFalco, Randy Schueller and Ron Frenz. The symbiote was originally introduced as a living alien costume in The Amazing Spider-Man #252 (May 1984), with a full first appearance as Venom in The Amazing Spider-Man #300 (May 1988). Between February and May 1994, Marvel Comics published a three-part series starring the black suit symbiote, titled “The Enemy Within.”

"This cover was part of a mini-series that I did shortly after returning to Marvel from a run at DC Comics. I hadn’t previously been involved with the Venom character, and truthfully I was never that fond of drawing in the horror genre. Funny thing is, I get a lot of very positive feedback on the way I drew Venom so I end up getting a lot of commission requests for Venom sketches. A note about this cover, it was created at a time when Marvel was playing with a lot of different special covers and the original published cover was done with a glow in the dark ink.” – Bob McLeod