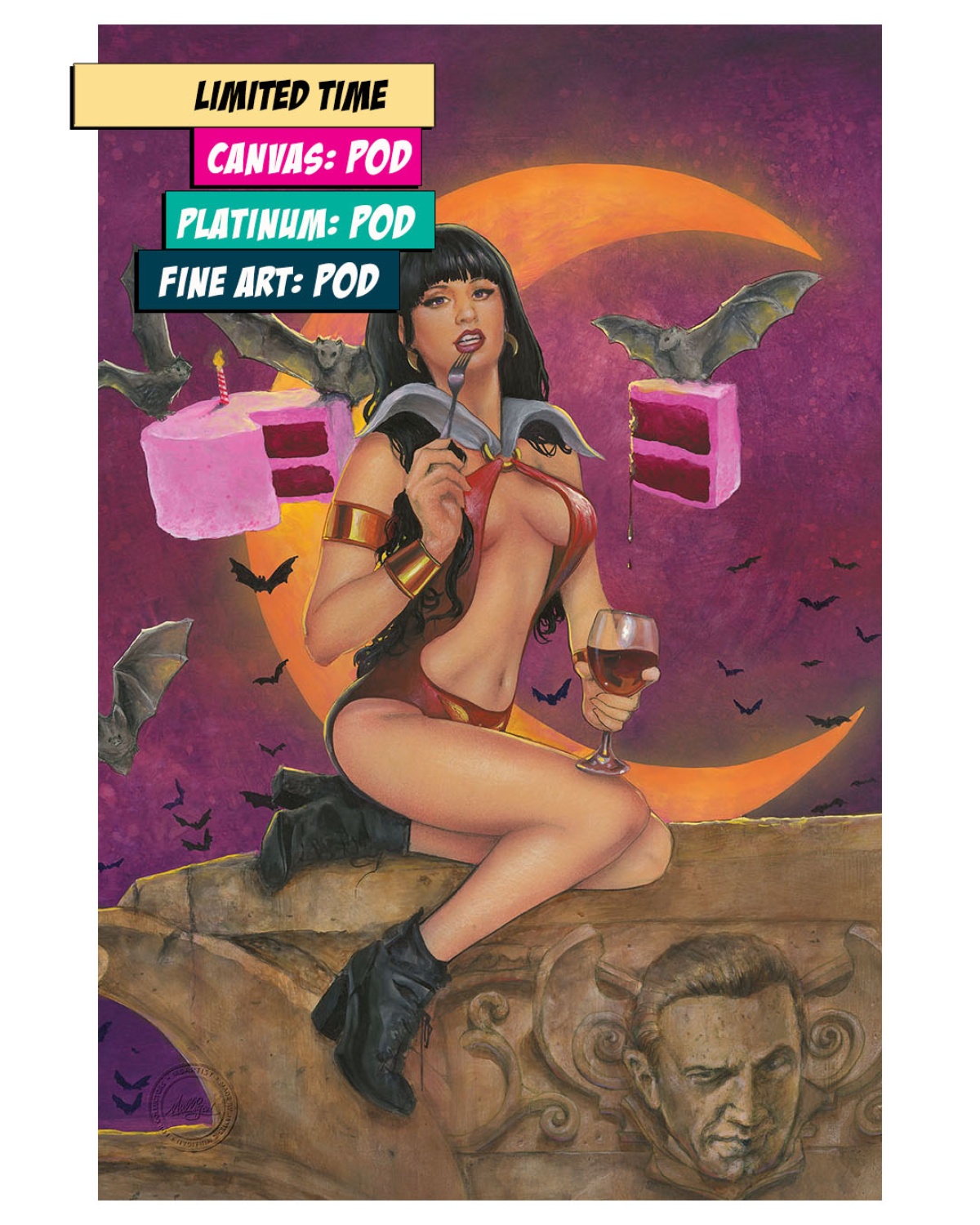 “I showed an earlier draft of this print to Neal Adams and he beat me up over it...” - James C Mulligan

From the archive of Disney artist James C Mulligan, a pin up painting/poster of character “Vampirella” in honor of her birthday.

“I showed an earlier draft of this print to Neal Adams and he beat me up over it. I have incredible reverence for Neal and his notes, many of which made it into this piece including her positioning. It was my idea to include the bats helping to celebrate her birthday with ‘blood velvet’ cake, and if you look carefully there’s a little homage to a favorite hero of horror in the painting with her.” - James C Mulligan