THANOS - HOMAGE TO WOLVERINE #1 - from the archives of Joe Rubinstein
<p>The Wolverine #1 cover is iconic voted one of the 100 best covers of all time. This print is variation on theme one of a few I have done of characters I am fortunate to be associated with each in the similar pose. I envision the whole set making&hellip;</p>
https://youtu.be/z_TPWvBoLYY
THANOS: WOLVERINE #1 HOMAGE 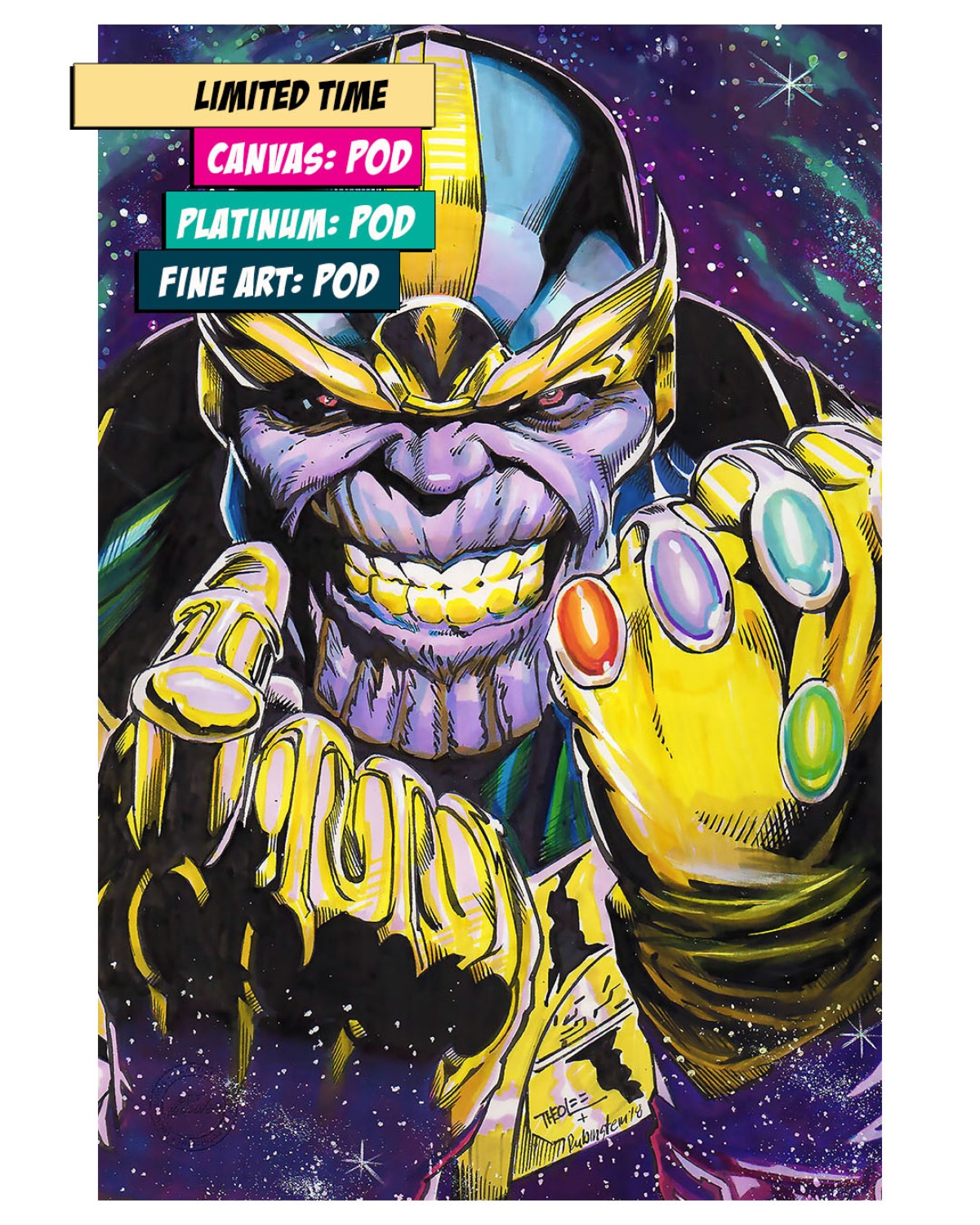 First drawn for publication by Herb Trimpe, the character Wolverine later joined a refreshed X-Men team, where writer Chris Claremont and artist-writer John Byrne expanded on the character's development. Artist Frank Miller collaborated with Claremont and helped revise the character with a four-part limited series from September to December 1982, inked by hall of fame artist Joe Rubinstein. The Wolverine mini-series, and in particular the cover of issue #1, is one of Joe’s most recognized works.

The series' events are driven by the villainous character Thanos ,created by Starlin in 1973. At the start of The Infinity Gauntlet story Thanos has collected all six Infinity Gems and attached them to his gauntlet, set to move forward with his “god like” powers to win the affection of Mistress Death, through acts of murderous death and destruction.

"The Wolverine #1 cover is iconic, voted one of the 100 best covers of all time. This print is variation on theme, and one of a few I have done of characters I am fortunate to be associated with. In each print the character is featured in a similar pose, an homage to one of the most successful series I have been part of. The portrait of Thanos is particularly sinister if you know the story of what he’ll do with the power of the Infinity Gauntlet. I envision the whole set of prints making a very menacing gallery. – Joe Rubinstein