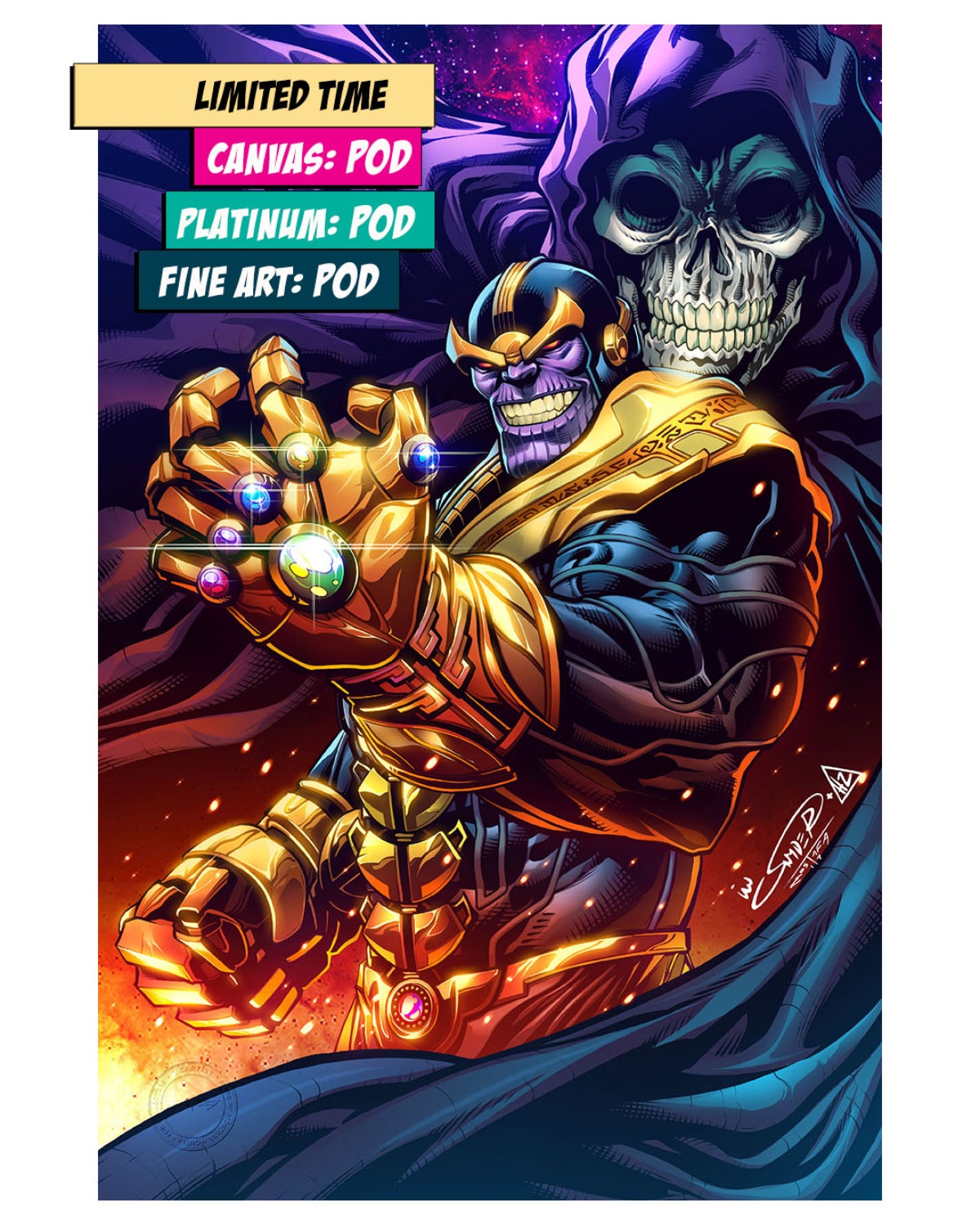 “Before Thanos’ MCU storyline this print was inspired by his role in the book series, pursuing the affections of Mistress Death with his “god like” powers...” – Mostafa Moussa

From July to December 1991 Marvel Comics published the storyline “The Infinity Gauntlet,” a six-issue limited series written by Jim Starlin, pencilled by George Pérez and Ron Lim, and inked by Tom Christopher, Bruce N Solotoffcross and Joe Rubinstein. The series' events are driven by the villainous character Thanos, created by Starlin in 1973. With all six Infinity Gems in his gauntlet, the mad titan seeks to impress and win the affection of Mistress Death, through acts of murderous death and destruction using his “god like” powers.

“Before Thanos’ MCU storyline this print was inspired by his role in the book series. It’s hard to recognize the cloaked skull in the background as Mistress Death if you’ve only seen the movies. I get a lot of people at shows paying compliment to my Thanos-Skeletor mashup.” – Mostafa Moussa