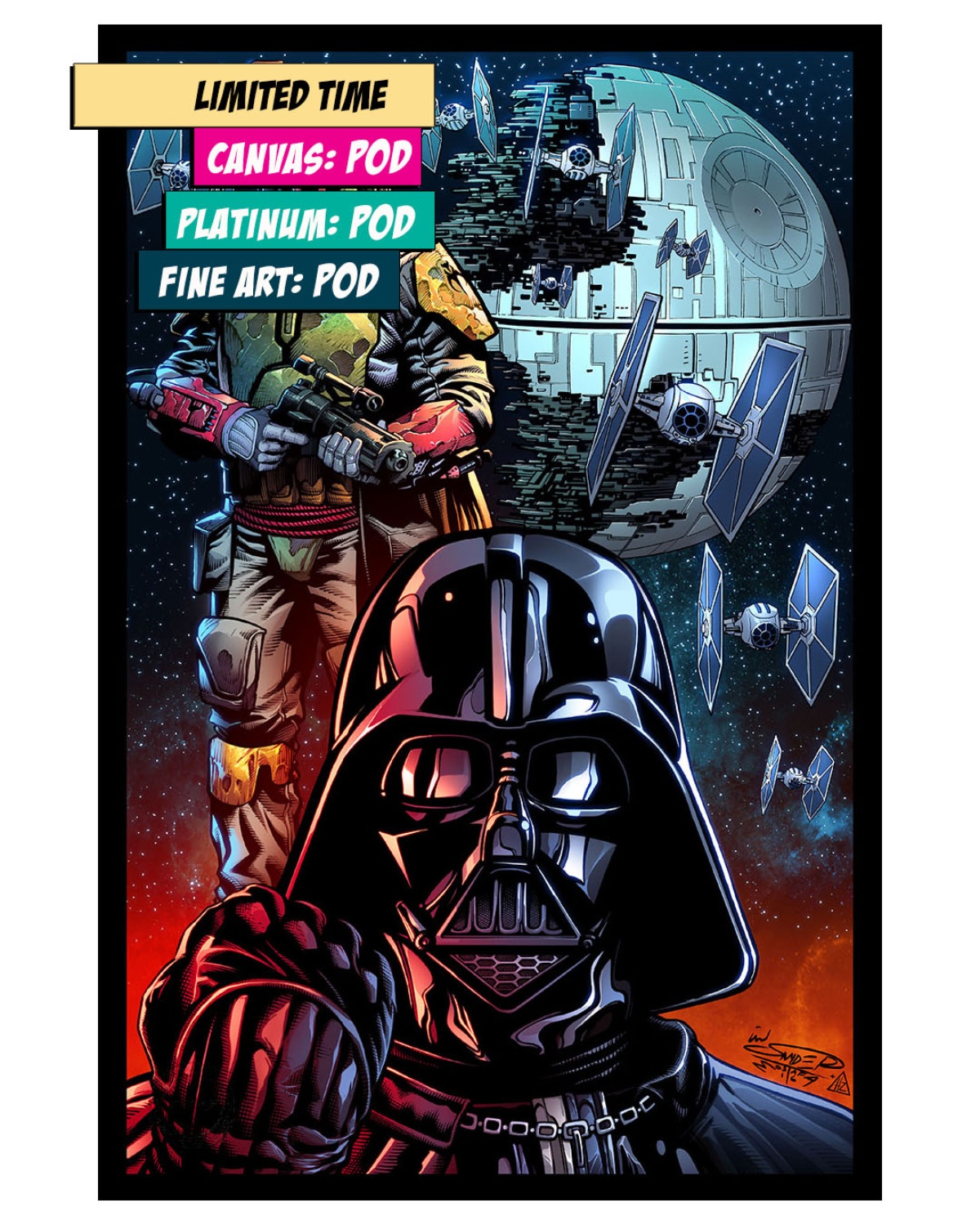 “I suggested a pairing of Darth Vader and Boba Fett, both original trilogy and badass Star Wars villains with long-standing interest and relevance. ...” – Mostafa Moussa

In 1977, STAR WARS creator Geore Lucas introduced the world to the dark lord of the sith, Darth Vader, the menacing villain pursuing the heroic rebel alliance across the galaxy to impose the will of the Empire and his master, the Emperor.

In the sequels that followed in 1980 and 1983, the great bounty hunter Boba Fett is added as an antagonist, under the employ of the Empire to track the ship the Millennium Falcon, and under the employ of gangster Jabba the Hutt to deliver smuggler and rebel Han Solo.

"The original commission request was a really weird off-beat pairing. I suggested a pairing of Darth Vader and Boba Fett both original trilogy and badass Star Wars villains would have more long-standing interest and relevance. So that’s what was created.” – Mostafa Moussa