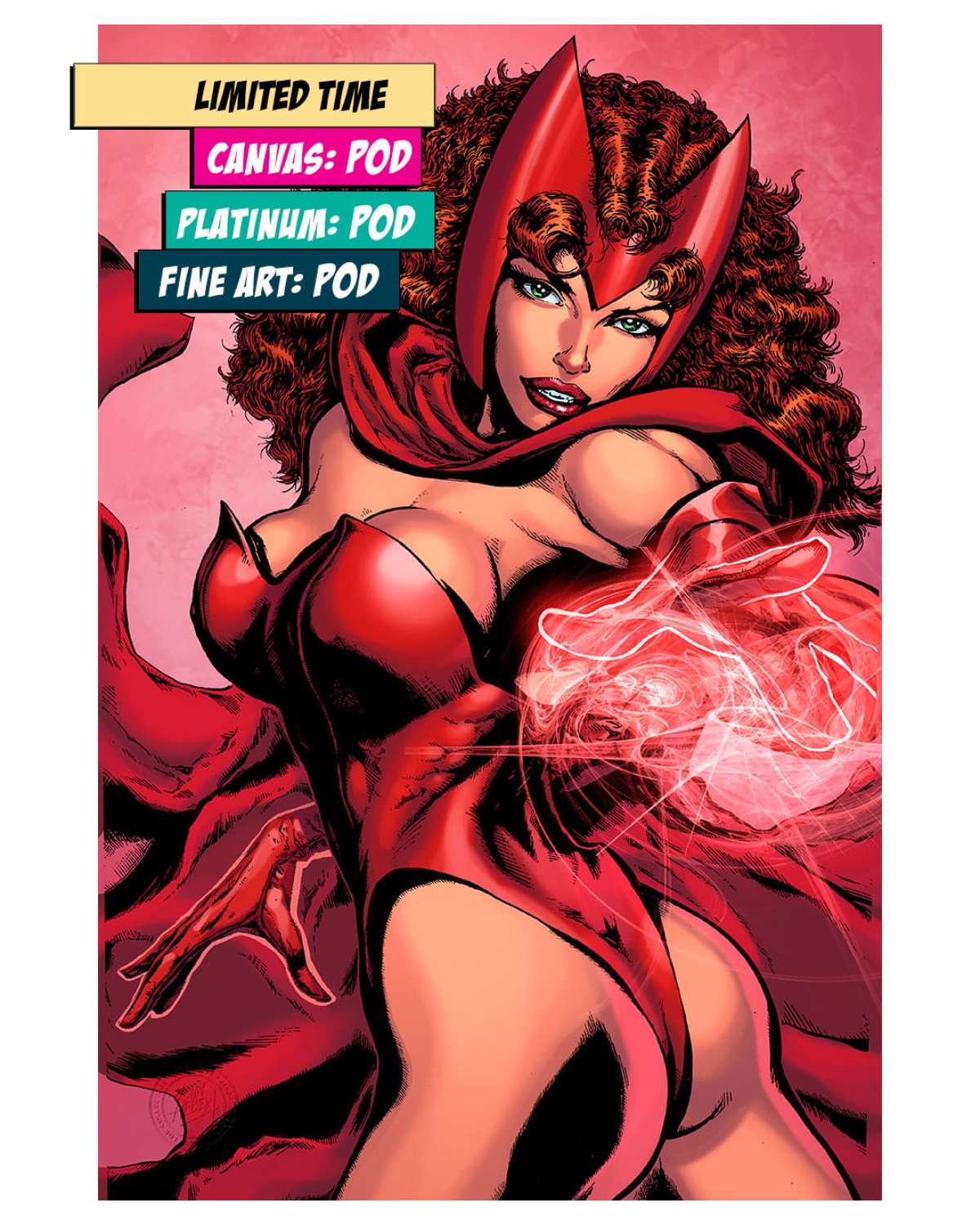 “This print was based on one of the cosplay models dressed up at an event I attended in Albany, New York...” – John Hebert

“The Scarlet Witch” was created by writer Stan Lee and artist Jack Kirby and his a complicated Marvel Comics character who first appeared in The X-Men #4 (1964). The powerful enchantress, also referred to as Wanda Maximoff (or Wanda Frank), is introduced to readers as a supervillain and founding member of the Brotherhood of Mutants. Her abilities allow her to alter reality in unspecified ways. The Scarlet Witch later becomes a regular member of the heroic Avengers superhero team, and also becomes the wife of fellow Avenger,  Vision, with whom she has two sons, Thomas and William.

"This was done a few years ago as a donation for a Comic Day in Albany New York. It’s based on one of the models dressed up that day as Scarlet Witch. A lot of the profile prints in my portfolio share a similar origin story drawn for the players in costume.” – John Hebert