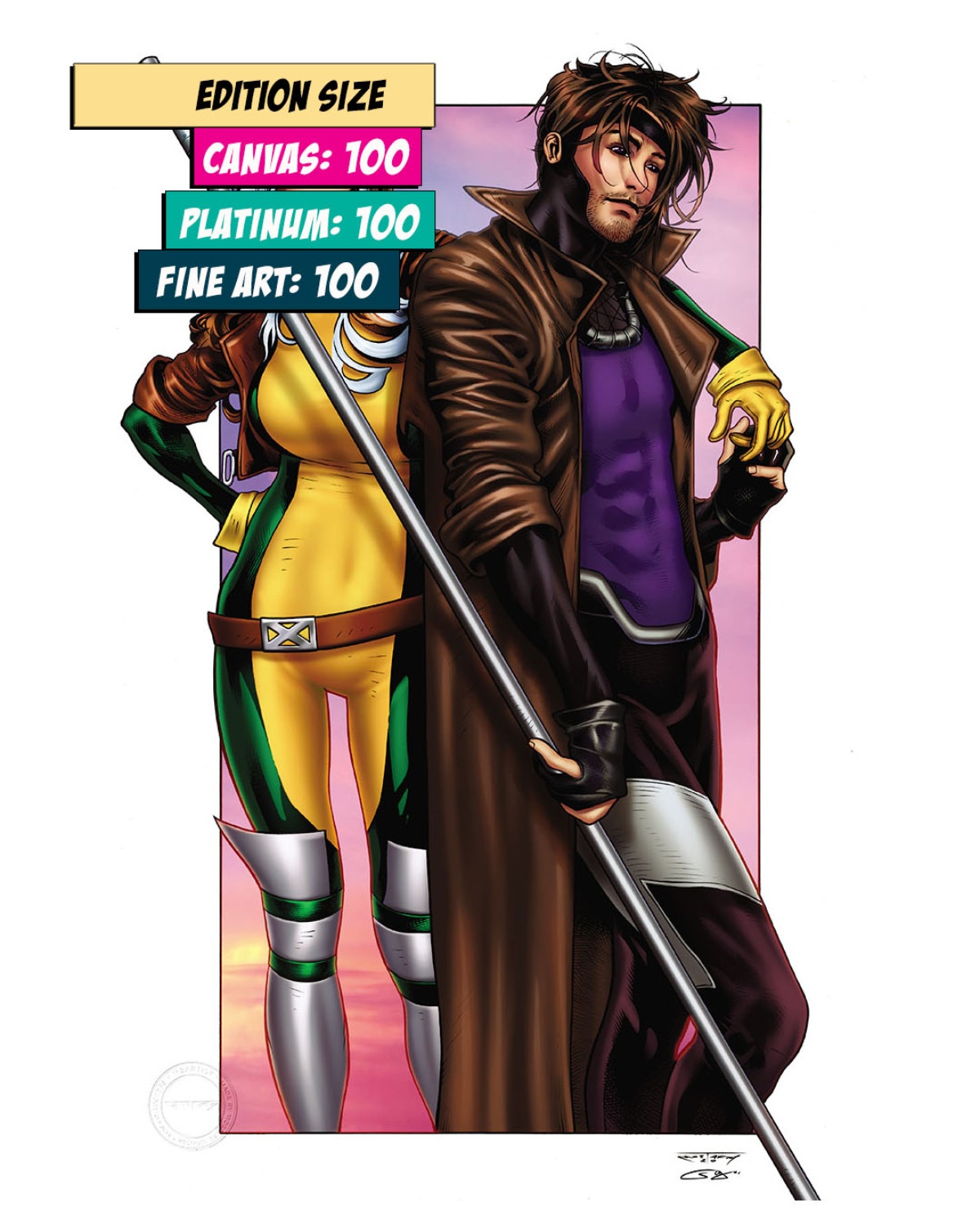 The characters Rogue and Gambit are featured in Marvel Comics’ X-Men stories, and while romantically connected their debuts were nearly a decade apart.

Rogue, a character creation by writer Chris Claremont and artist Michael Golden is commonly associated with the X-Men but actually made her debut in Avengers Annual #10 (1981) as a villain. Gambit (Remy LeBeau) was created by Marvel Comics writer Chris Claremont and artist Jim Lee, making his first appearance first appearance in Uncanny X-Men Annual #14 1990).

Rogue has the involuntary ability to absorb and sometimes also remove the memories, physical strength and superpowers of anyone she touches. As a result, she limits her physical contact with others, including her on-off love interest and eventual husband, Gambit. In X-Men Gold #30 a conversation with Storm and Nightcrawler spurs Gambit into proposing to Rogue. They are married with Nightcrawler and Iceman as Rogue's bridal party and with Storm and X-23 as Gambit's best women.

"Everywhere I go there’s always a group of fans that love Gambit and his love interest Rogue. This was a piece for all the people especially couples who identify their own relationships with these characters and want to see them in a more romantic casual embrace” – Mostafa Moussa