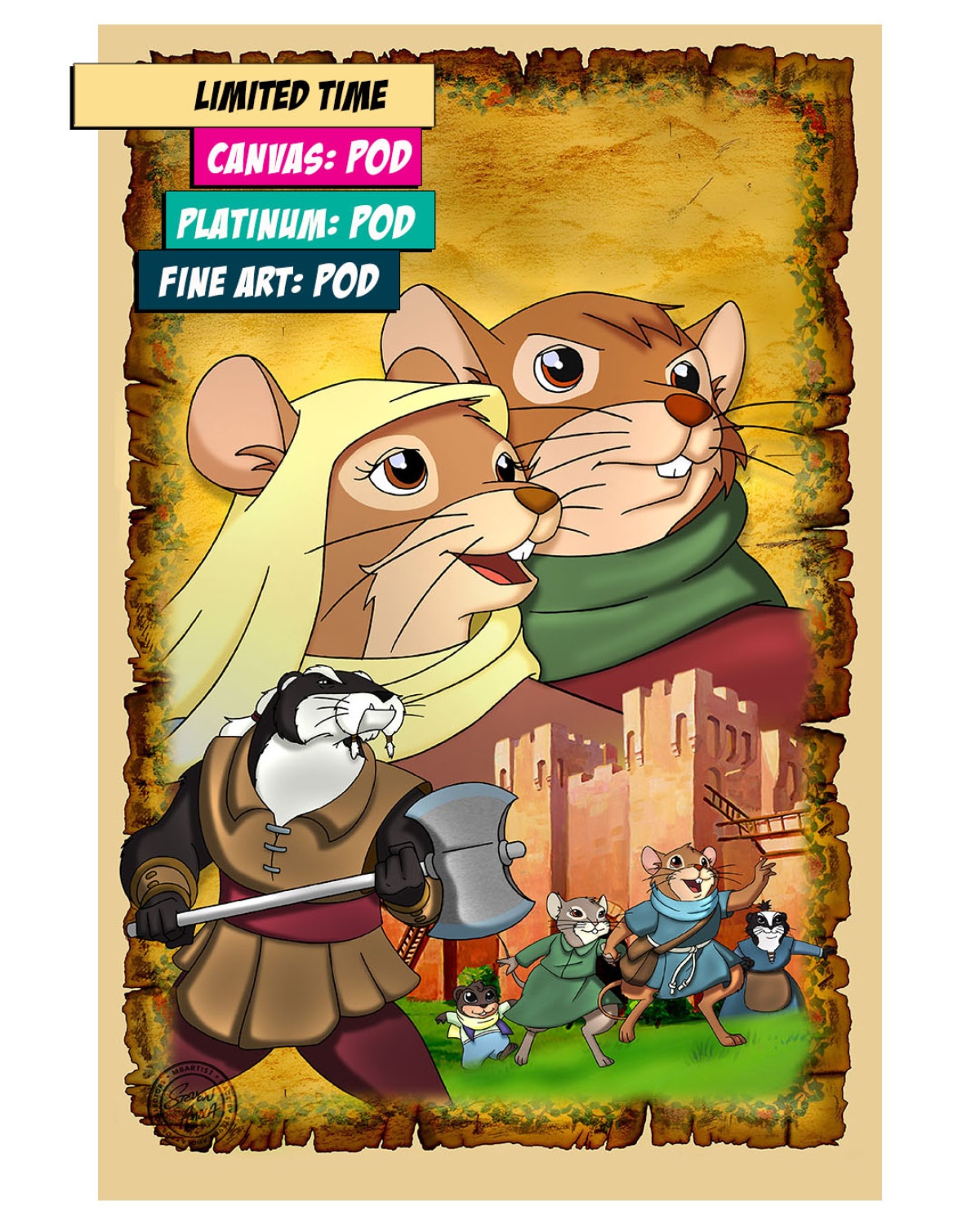 "This was the North American poster for Redwall: Season 2, inspired by the works of Drew Struzan...” – Steven Ahola

Produced by Canadian studio Nelvana, in partnership with Alphanim of France (season 1) and TV-Loonland AG of Germany (season 2-3), the series “Redwall” was based on the novels of the same name by author Brian Jacques. The story follows the adventurers of animal characters, centered around Matthias the mouse, in a medieval style setting and time period filled with villains and sword battles. The second season, Mattimeo, follows the story of Matthias’ young son.

"This was the North American poster for Redwall Season 2. Inspired by the cinematic poster for Titanic (1998) and the composition used by Drew Struzan. I worked to incorporate multiple elements and layers and the map idea came from Struzan’s work on the movie poster for ‘Hook.’ – Steven Ahola

Steven Ahola, born November 1975 in Ontario Canada is an accomplished animator, illustrator, writer and director. Steven is known for his work for television and film including Beauty and the Beast, 7 Little Monsters, Babar, Cardcaptor Sakura, Corduroy, Franklin, Little Bear, Ned's Newt, Red Wall, Rescue Heroes and Tales From the Cryptkeeper. His favorite hashtag is #thisismychildhood reflective of his passion for all things comic culture, vintage toys and gaming.