PUNISHER: COME GET SOME 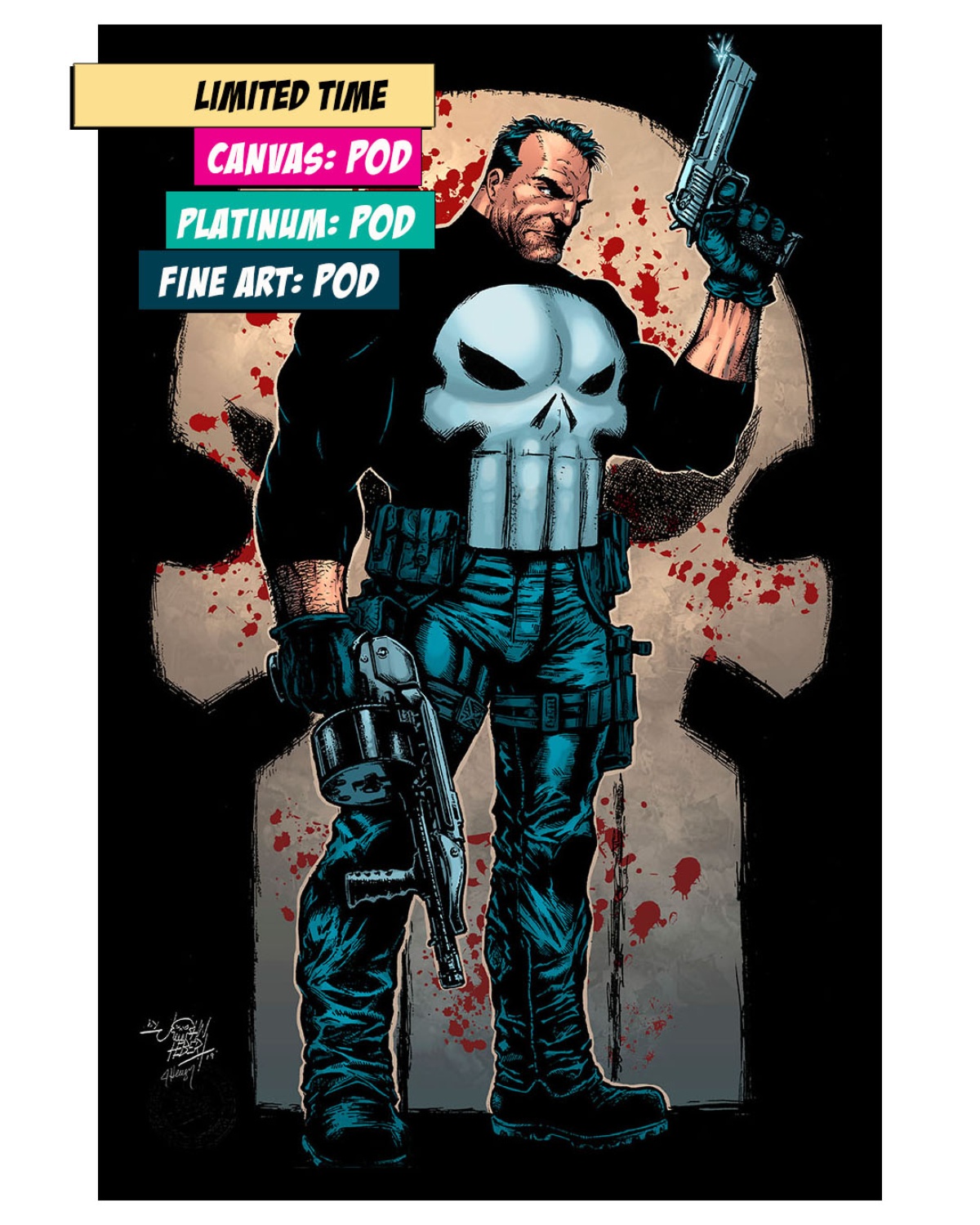 “I decided to take my style back to the time when I was drawing Punisher books and I think this color version is something else! ” – John Hebert

Frank Castle (aka The Punisher) is a fictional antihero in Marvel Comics created by writer Gerry Conway and artists John Romita Sr. and Ross Andru. The character is a  skilled war veteran and a United States Marine Corps Scout Sniper, driven by the death of his family and willing to employ murder, kidnapping, extortion, coercion, threats of violence and even torture in his campaign against crime. This vicious vigilante approach often puts him at odds with characters of higher morality and hope, like Spider-Man where Punisher made his debut in The Amazing Spider-Man #129 ( 1974).

"A fella in New Jersey asked for a Punisher (commission). I decided to take my style back to the time when I was drawing Punisher books in the mid ’90s  and I think this color version is something else! Sometimes things just click for you when you’re at the board and this was one of those”. – John Hebert