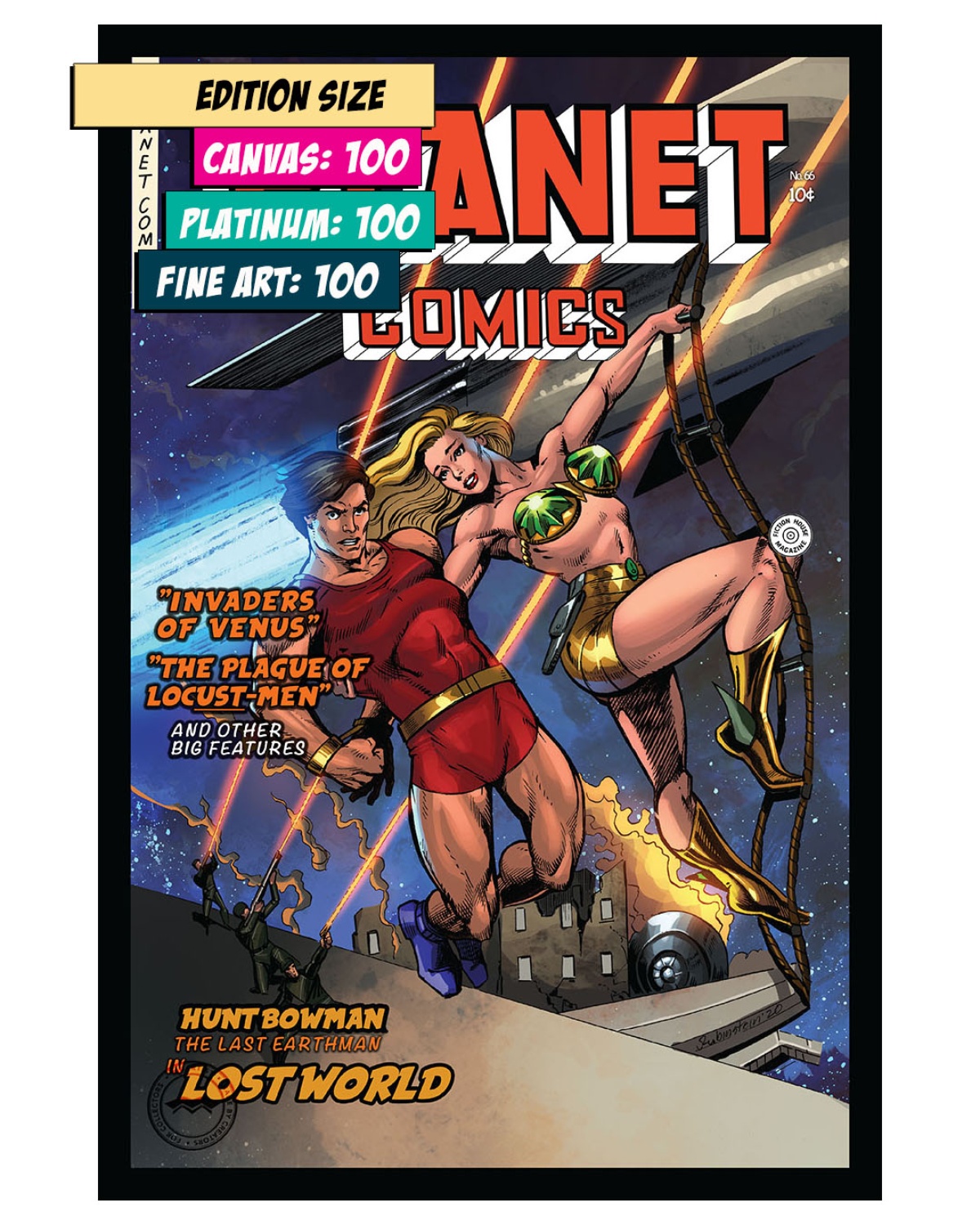 A property of Fiction House, the original atomic age, science fiction adventure book was published in 1952, with pencils and inks by Maurice Whitman. The adventure themed art of a daring rescue by a muscular hero and female warrior was not directly connected to any one story inside.

"I chose this cover because the guy was being rescued by the girl. I thought that was fun and different. My cover is not a typical recreation, following normal expectations. I kept the pose and same composition as the original but looked at it from the opposite perspective. I kept true to the costumes and colors to give it that period look but in my style. I wanted to create something different than what everybody else might do.” - Joe Rubinstein