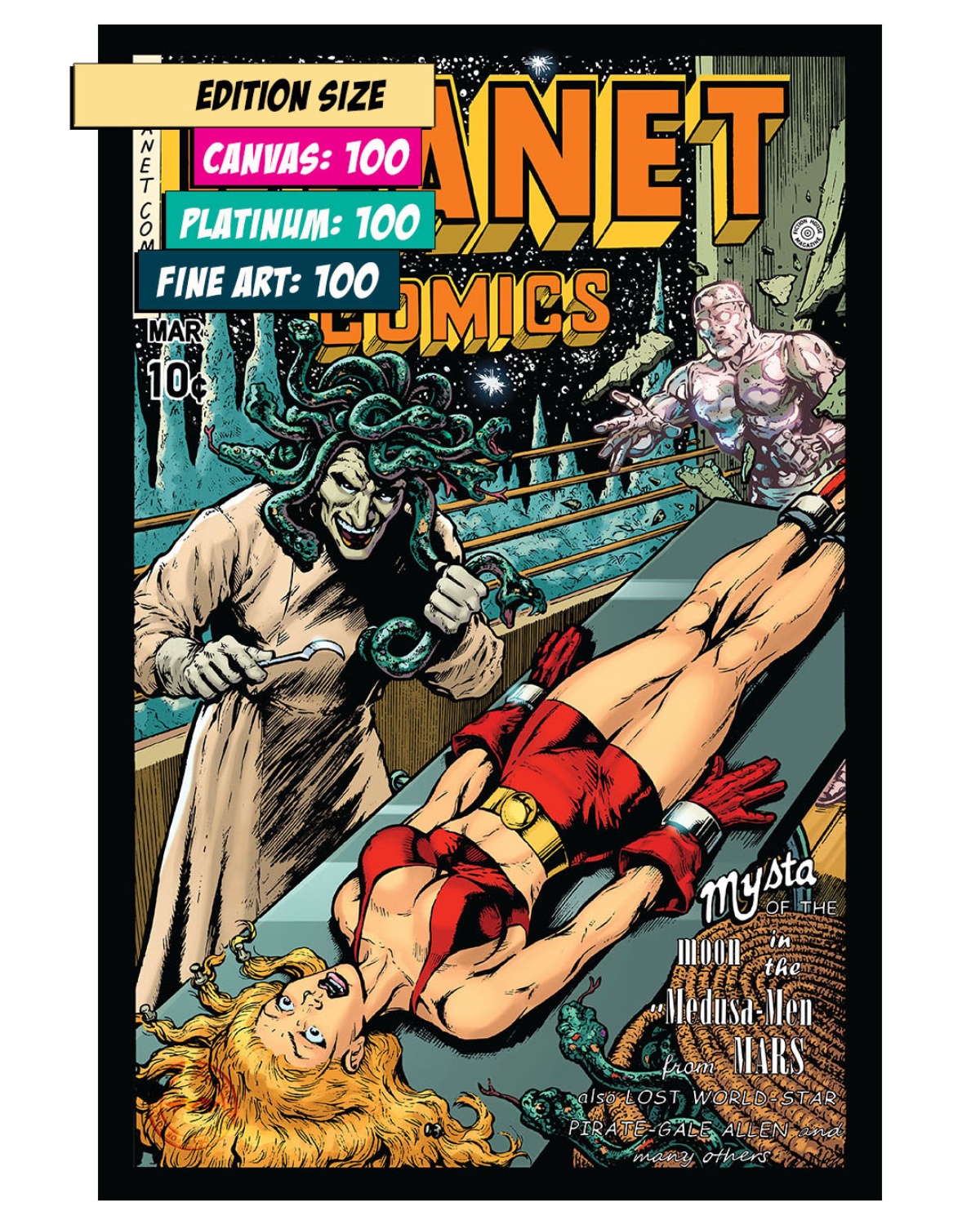 A property of Fiction House, the original atomic age, science fiction adventure book was published in 1946, with pencils and inks by Joe Doolin. The chilling cover art of the hero Mysta strapped to a table at the mercy of the villainous Medusa is not directly related to the story inside, but shares some thematic traits.

"I’m terrified of snakes. G. Gordon Liddy was afraid of rats so he ate one! I knew I had to recreate this cover. I wanted to give the robot more action and life. I thought the original looked a little too stiff. The girl on the table was a personal challenge because I had only done one other like it in my career. Now I know it wasn’t a fluke.” - John Hebert