PHANTOM LADY 23: ALL TIED UP 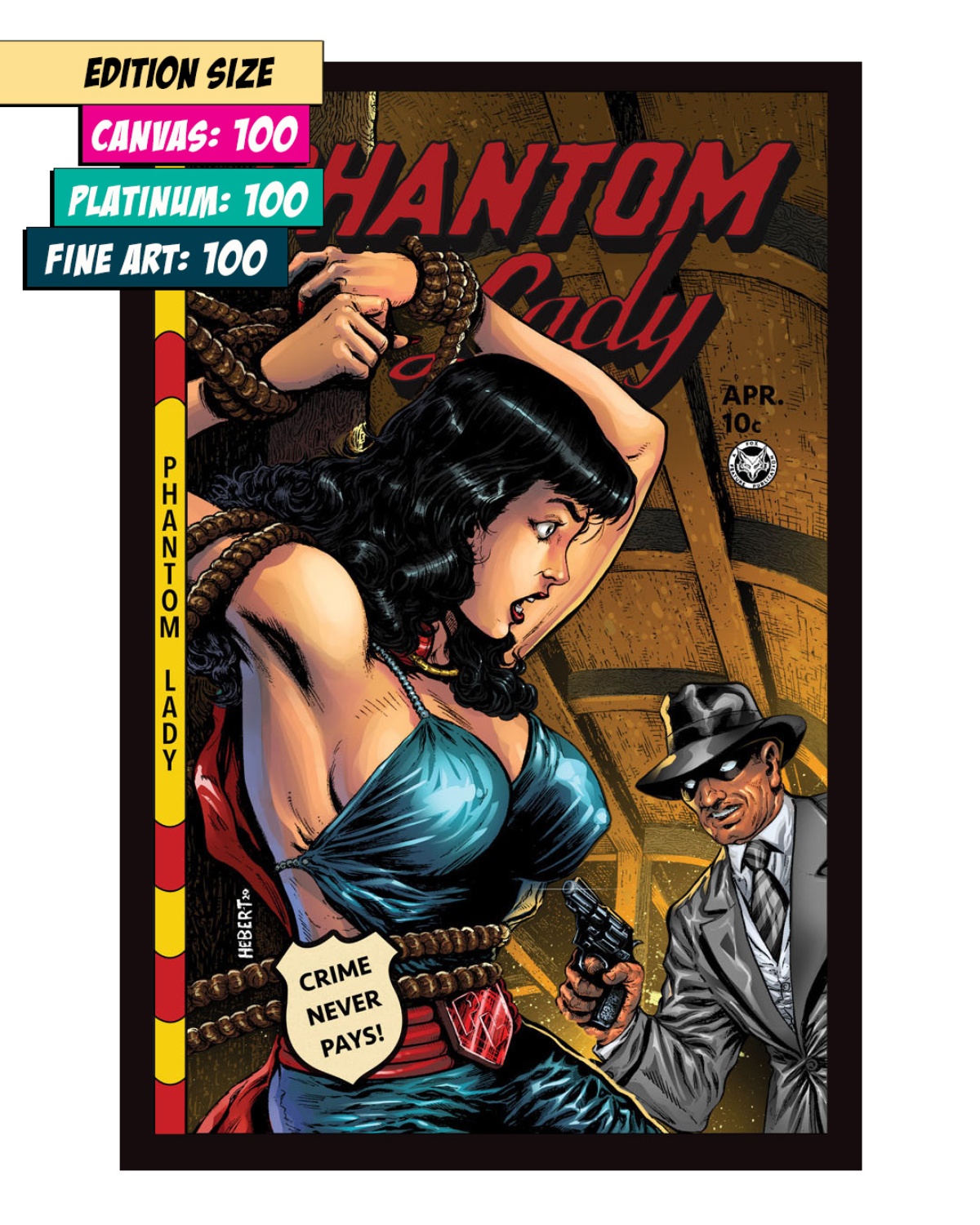 About PHANTOM LADY 23: ALL TIED UP A reimagining of the Golden Age classic comics covers PHANTOM LADY #23 by ‘Punisher’ and ‘X-Men’ Marvel artist John Hebert.

"I got excited about the cover for issue #23 for the opportunity to add more detail and texture to an already great composition. One of the things about drawing back in that era was a lot of the time you didn’t have the opportunity to include a lot of detail. You were up against high demand to put new issues out quickly, and limited to the technology of the time so printed detail wasn’t that great. For my recreation, I wanted the hair to look like it would feel like hair; and rope would feel like rope, and the metal of the gun would shine, and so on. I worked to give each different material in the images more realistic texture and bring the classic action into a more modern comic reality." - John Hebert

About Phantom Lady A property of Fox Feature Syndicate, the original crime drama book was published in April 1949, with pencils and inks by Jack Kamen, untitled and unconnected to anyone's story inside. The image depicted Phantom Lady bound in ropes at odds with her male assailant.

The female protagonist Sandra Knight is a Washington D.C. socialite and daughter to Senator Henry Knight. As heroic costumed alter ego Phantom Lady, Sandra Knight battles crime using her detective-like wit and fighting skills. She is aided by a specialty gadget, a blacklight ray that she uses to project darkness, blinding her foes and making her invisible. About the Creator, John Hebert

John Hebert, born in New York State in 1965 is a Marvel alumnus whose earliest canvas was the walls of his family home. At age four, he sketched his vision for how TV’s Batman and Robin (Adam West and Burt Ward) would escape from The Penguin (Burgess Meredith). At the insistence of his mother, John’s media transitioned to pencil and paper where his talents accelerated, accepting a job to draw his first comic book just 2 days before his graduation from art school... John’s most recognized work includes the Punisher: War Zone, X-Men Adventures, Deathlok, Captain America, Spider-Man, Sable, and Jonny Quest.