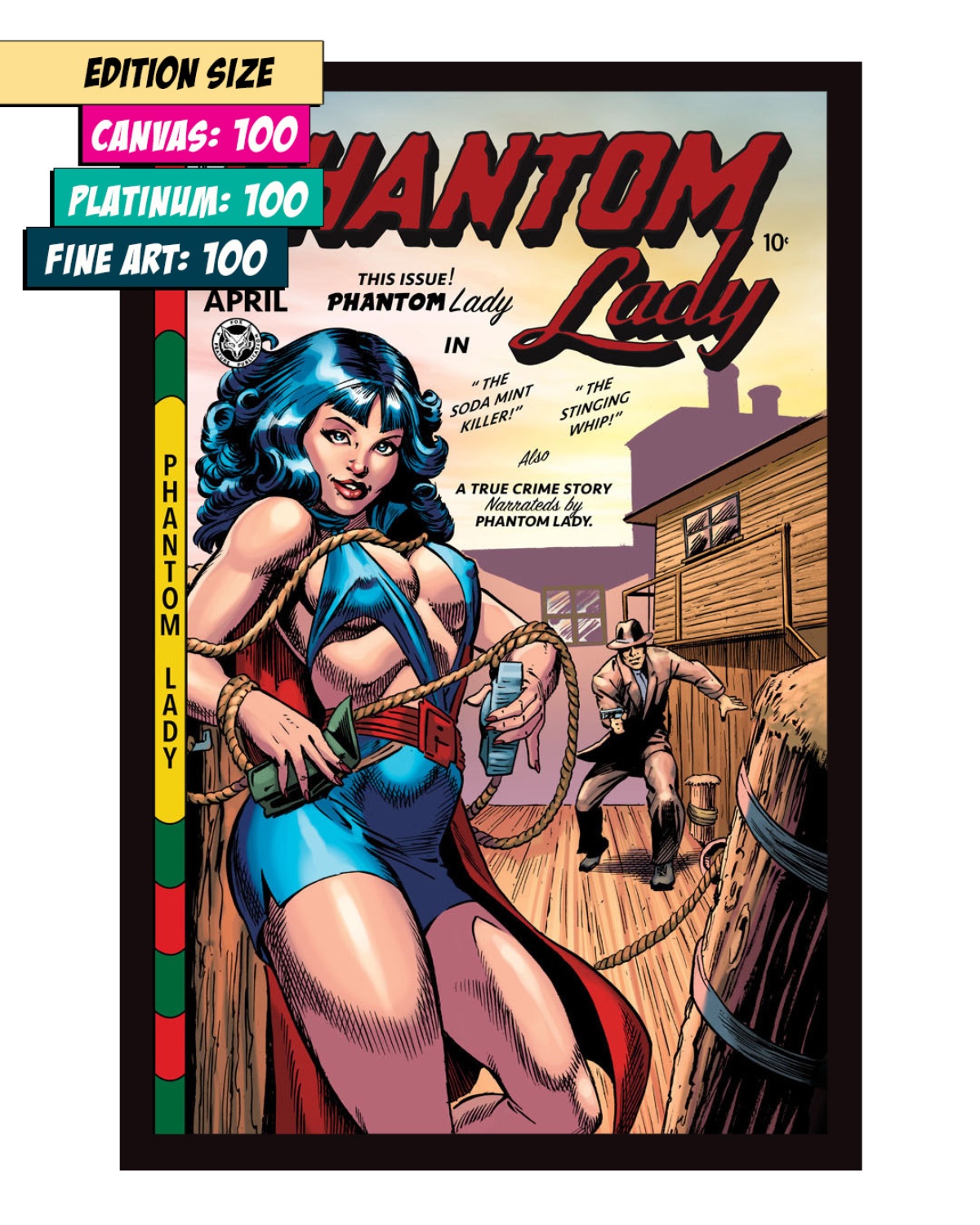 About PHANTOM LADY 17: YIPPEE KI-YAY A reimagining of the Golden Age classic comics covers PHANTOM LADY #17 by ‘Wolverine’ and ‘Thanos’ by Marvel and Hall of Fame artist Joe Rubinstein.

"I was drawn to the cover of issue #17 because of the full profile of the hero’s figure. I liked the opportunity to recreate the full-body pose with greater attention to tone and softening her intensity at the moment. In the original, she appears to be aggressively working free of her bonds and about to disarm her foe with the blinding blacklight ray. In my version, I made her more relaxed and in control, confident of the outcome that is about to unfold. The work of Frank Frazetta is a definitive cornerstone for femininity in comic art. For good or bad, the general go-to features for feminine beauty are big eyes, a little nose, big mouth. In this creation, I was inspired by a charcoal drawing of his and modeled the light source and her attitude from his work." - Joe Rubinstein

About Phantom Lady A property of Fox Feature Syndicate, the original crime drama book was published in April 1948, with pencils and inks by Matt Baker, untitled and unconnected to anyone's story inside. The image depicted Phantom Lady in a boardwalk setting ensnared in ropes. The female protagonist Sandra Knight is a Washington D.C. socialite and daughter to Senator Henry Knight. As heroic costumed alter ego Phantom Lady, Sandra Knight battles crime using her detective-like wit and fighting skills. She is aided by a specialty gadget, a blacklight ray that she uses to project darkness, blinding her foes and making her invisible. About the Creator, Joe Rubinstein