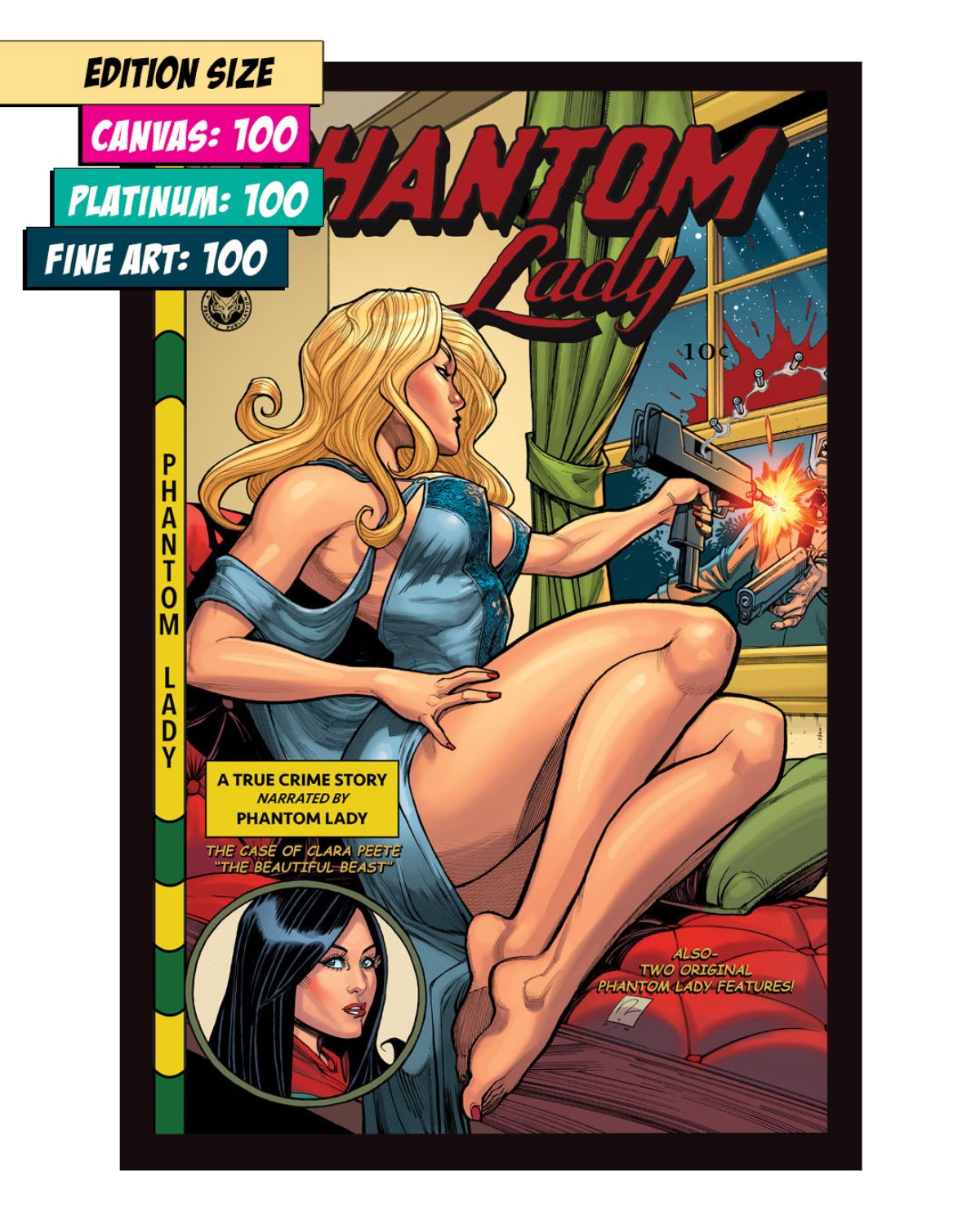 "I chose to update and empower the cover character in my version, a better representation of the ‘Beautiful Beast’ in the story, showing how she might take control of a situation with a man lurking outside her window with a gun, and added a greater sense of action instead of a mystery." - Chad Hardin About Phantom Lady A property of Fox Feature Syndicate, the original crime drama book was published in February 1948, with pencils and inks by Matt Baker and titled ‘The Beautiful Beast!” referring to the true crime story of Clara Peete narrated by Phantom Lady.

The female protagonist Sandra Knight is a Washington D.C. socialite and daughter to Senator Henry Knight. As heroic costumed alter ego Phantom Lady, Sandra Knight battles crime using her detective-like wit and fighting skills. She is aided by a specialty gadget, a blacklight ray that she uses to project darkness, blinding her foes and making her invisible.

I love the pulp classics of the 1930s that gave way to comics as we know them today and I was drawn to recreate this cover. In the original design, the leading lady appears more fearful and in distress. The story inside, the “Beautiful Beast,” is actually a true-crime tale about a murderous woman, Clara Peete. About the Creator, Chad Hardin

Chad Hardin grew up in the desert of Las Vegas, Nevada. His earliest work was the animation of video games, including: ‘God of War’ and ‘Destroy All Humans’. Today, he is best recognized as an illustrator of ‘Harley Quinn’ in the hit DC Comics series, and co-creator of ‘Temerity’ with Jemma M. Young.