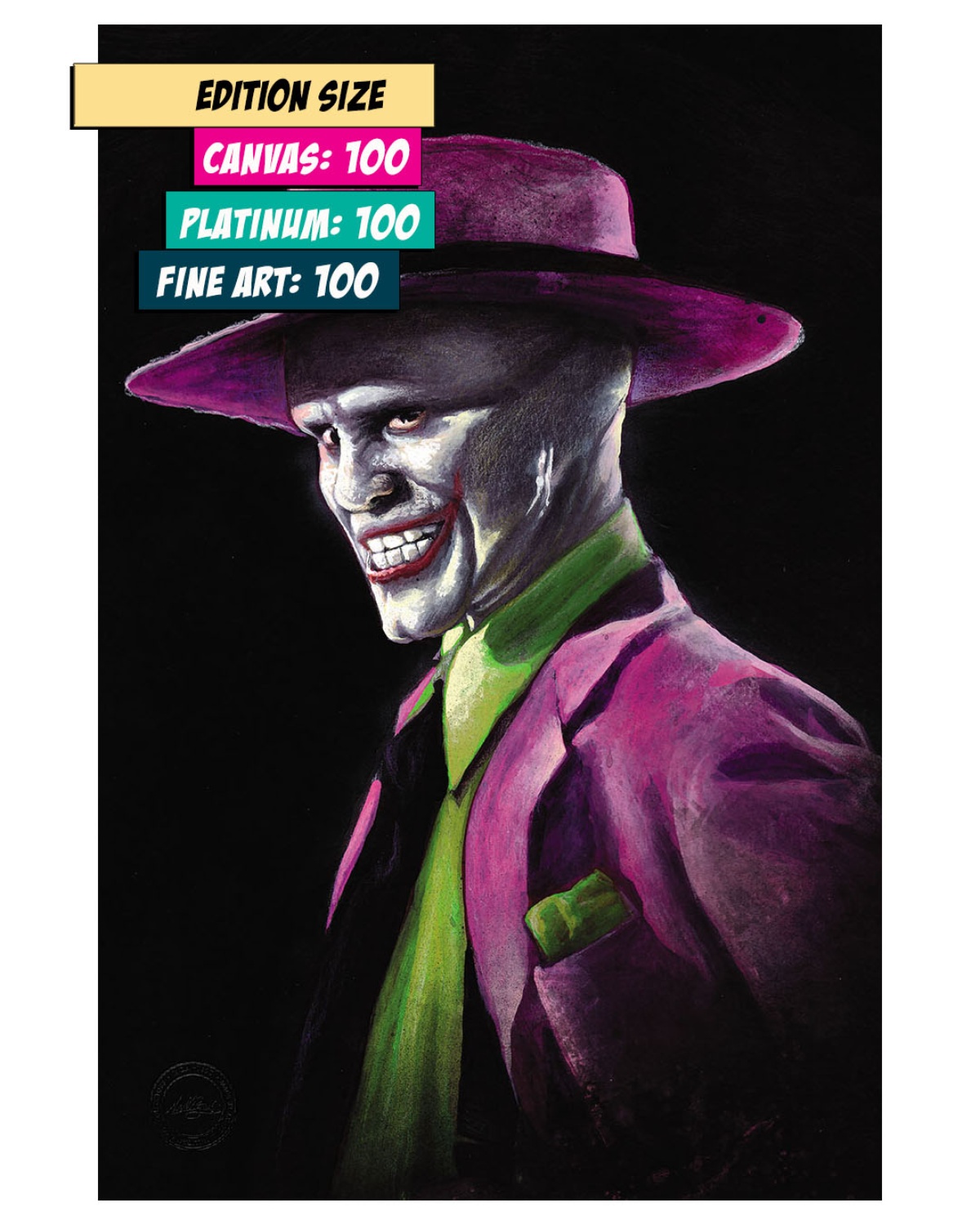 There is a published crossover story from 2000, that chronicles a time when the ‘Clown Prince of Crime’ gets his hands on the magical mask of chaos...

Rooted in a comic book series, ‘The Mask’ was created by Doug Mahnke and John Arcudi and published by Dark Horse Comics. Its artists include Mark Badger, Chris Warner and Keith Williams. It tells the story of a supernatural mask that grants its wearers superpowers at the cost of their sanity, and the inevitable chaos it causes.A film version of ‘The Mask’ was released in 1994, starring Canadian actorJim Carrey in the title role. This portrait combines the character played by Carrey with the popular Batman villain ‘The Joker’. There is a published crossover story, a 4-issue mini series from 2000, that chronicles a time when the ‘Clown Prince of Crime’ gets his hands on the magical mask of chaos.

"Wanting to create some Canadian content I came up with this image because I thought Jim Carrey at the time of ‘The Mask’ would have made a great ‘Joker’. The imagery was an easy mashup painted in my style. The original at last check is in a gallery in Nevada. – James C. Mulligan