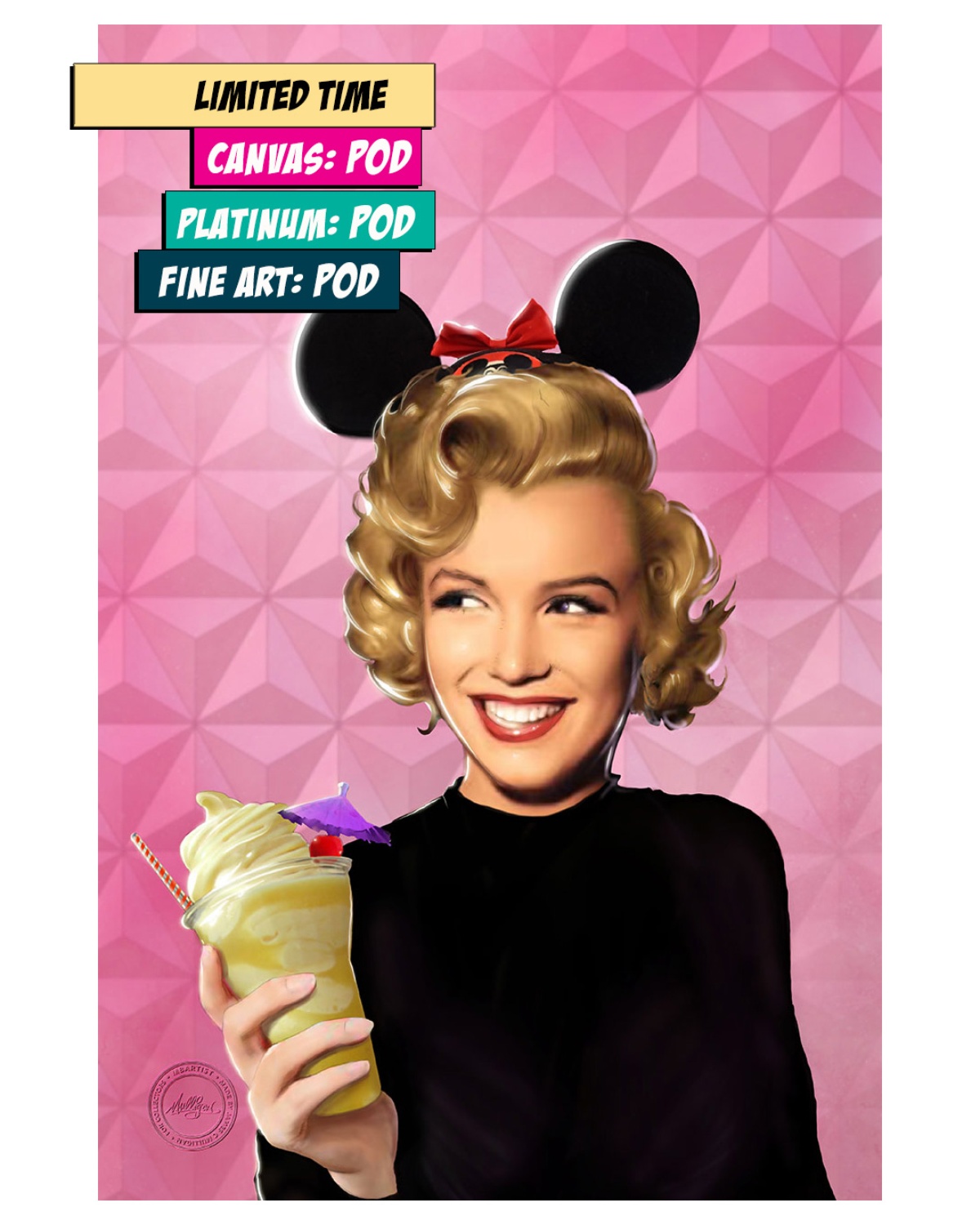 About MARILYN MONROE: SOME LIKE IT WHIPPED A tribute to icons of American cinema history, artist James C Mulligan mixes starlets from Golden Age Hollywood with classic treats from Walt Disney World...

"Created after my Audrey print in response to fan requests for another beloved classic American actress portrait in a similar Disney celebration. Adding Marilyn (Monroe) could be the start of a series of Hollywood starlets we love enjoying ice cream at Epcot.” – James C. Mulligan

About Marilyn Monroe The Golden Age of Hollywood was defined in the 1910s following the close of World War I, and the 1960s and was heavily influenced by the ideas of the Renaissance and its resurgence of mankind as the focal point of storytelling. Born Norma Jeane Mortenson, Marilyn Monroe was an American actress, model, and singer. Famous for playing comedic "blonde bombshell" characters, she became one of the most popular sex symbols of the 1950s and early 1960s and was emblematic of the era's changing attitudes towards sexuality. The title for this portrait is spun from the 1959 comedy ‘Some Like It Hot,’ a black and white romantic comedy about two musicians who dress in drag in order to escape from mafia gangsters. The character Sugar "Kane" Kowalczyk, as played by Marilyn Monroe, is the romantic interest of the two musicians undercover. About the Creator, James C. Mulligan