THE MANDALORIAN: WITH THE CHILD

THE MANDALORIAN AND THE CHILD - from the archives of Jaime Coker
<p><span style="color: rgb(51, 51, 51); font-family: sans-serif, Arial, Verdana, &quot;Trebuchet MS&quot;; font-size: 13px; font-style: normal; font-variant-ligatures: normal; font-variant-caps: normal; font-weight: 400; letter-spacing: normal; orphans: 2; text-align: start; text-indent: 0px; text-transform: none; white-space: normal; widows: 2; word-spacing: 0px; -webkit-text-stroke-width: 0px; background-color: rgb(255, 255, 255); text-decoration-style: initial; text-decoration-color: initial; display: inline !important; float: none;">The first in a 3-print series this print was a work of passion. I loved the look of the costume and after watching a few episodes of &lsquo;The Mandalorian&rsquo; I had to draw it. I chose to set this pose as if they were sensing a threat&hellip;</span></p>
https://www.youtube.com/watch?v=-EGbgSGTff4
THE MANDALORIAN: WITH THE CHILD 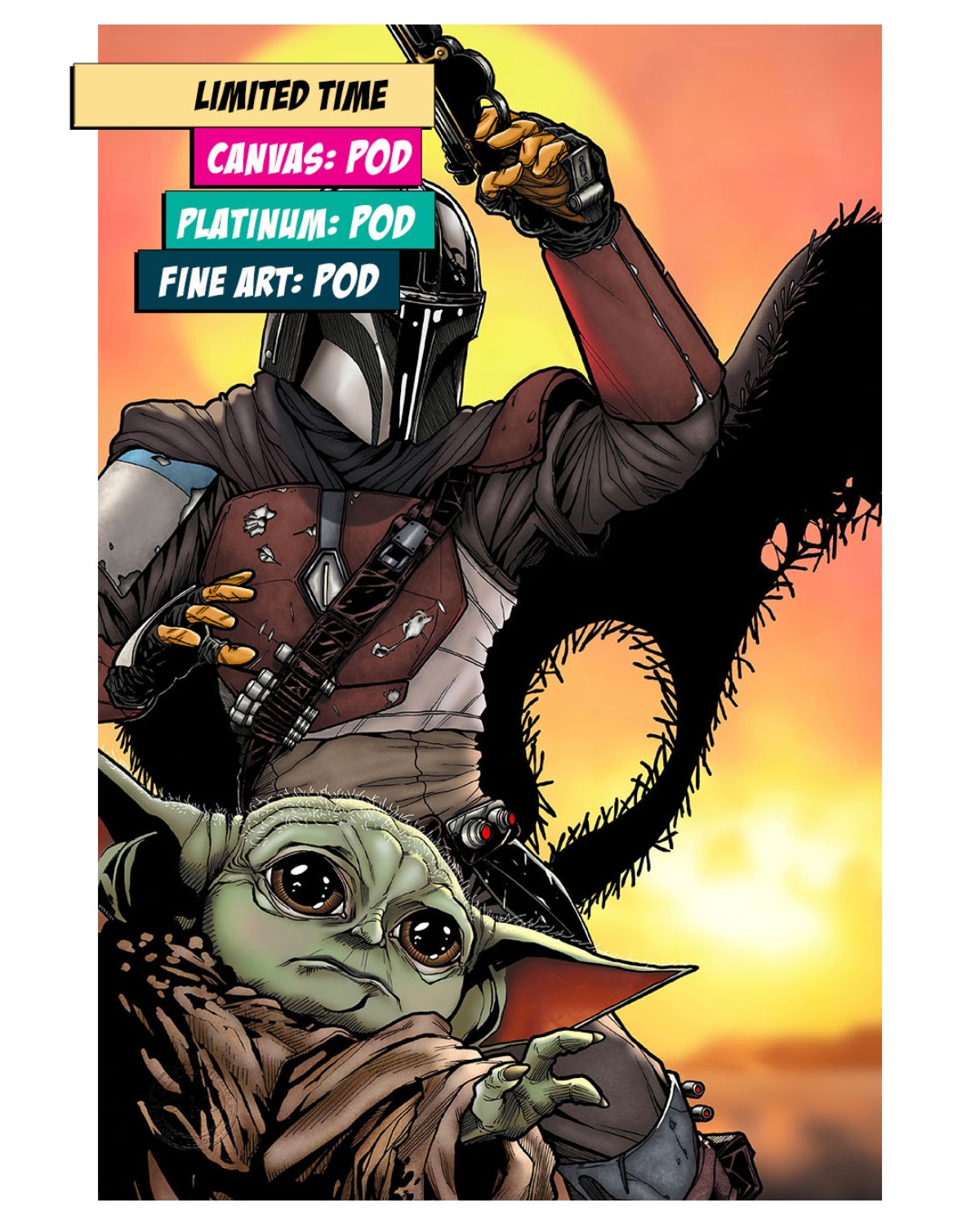 ‘Star Wars: The Mandalorian’  is an American Space Western web television series created by Jon Favreau and released on Disney+ in November 2019. Set five years after the events of ‘Return of the Jedi’, the story follows the title character, a Mandalorian bounty hunter named Din Djarin and explores adventures in an expansion of the theatrical ‘Star Wars’ universe. "The Child" (also referred to as "Baby Yoda" by viewers), is a member of the same unnamed species as the powerful Jedi Master Yoda and shares similar abilities to use ‘The Force.’ At age 50, The Child is relatively a toddler. He is found and protected by the Mandalorian while being targeted by other bounty hunters.

"The first in a 3-print series this print was a work of passion. I loved the look of the costume and after watching a few episodes of ‘The Mandalorian’ I had to draw it. Finding reference photos for the details was a beast! Fortunately I discovered an online collection of images from a gallery where the costume had been put on display. I chose to set this pose as if they were sensing a threat and gave the child a rare look of concern.” – Jaime Coker