THE MANDALORIAN: THE CHILD 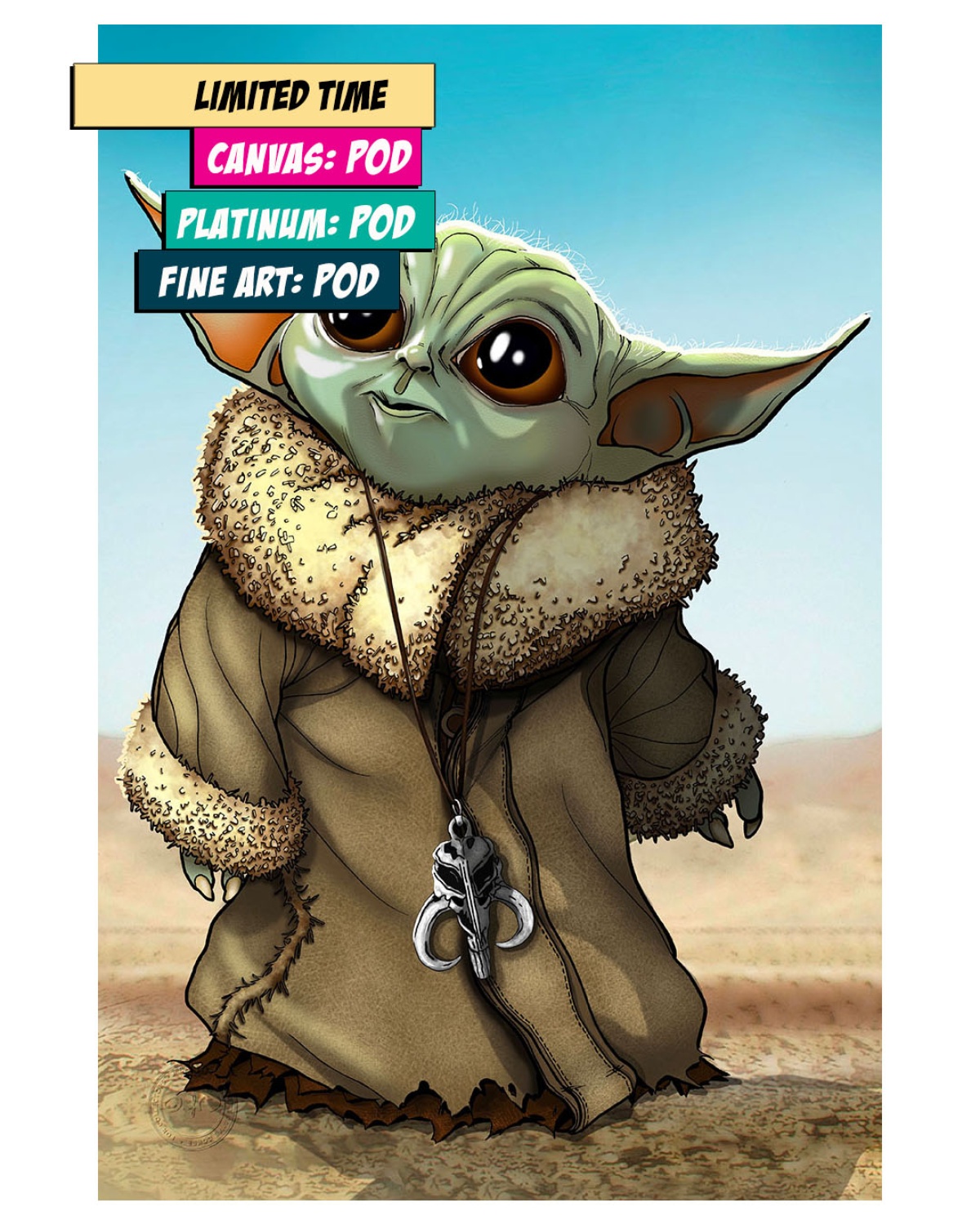 "This is the ‘the cute one’ that everyone expects to see of “Baby Yoda”.…” - Jaime Coker

‘Star Wars: The Mandalorian’  is an American Space Western web television series created by Jon Favreau and released on Disney+ in November 2019. Set five years after the events of ‘Return of the Jedi’, the story follows the title character, a Mandalorian bounty hunter named Din Djarin and explores adventures in an expansion of the theatrical ‘Star Wars’ universe. "The Child" (also referred to as "Baby Yoda" by viewers), is a member of the same unnamed species as the powerful Jedi Master Yoda and shares similar abilities to use ‘The Force.’ At age 50, The Child is relatively a toddler. He is found and protected by the Mandalorian while being targeted by other bounty hunters.

"The second in a 3-print series This is the ‘the cute one’ that everyone expects to see of “Baby Yoda”. I put the Mandalorian necklace on ‘The Child’ because I believe that, in the end, he will be the Mandalorian. It’s not about ‘Mando’.” – Jaime Coker