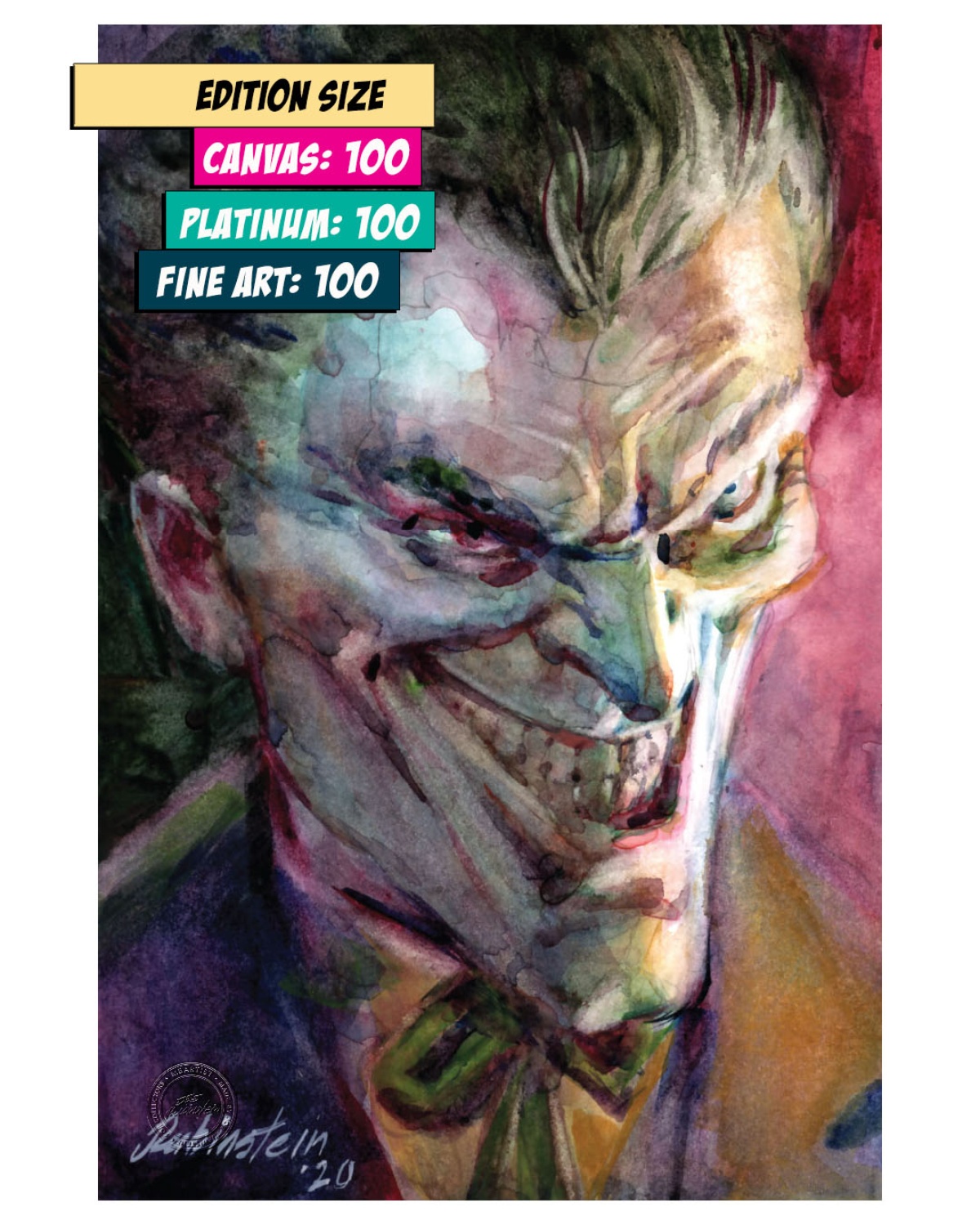 About JOKER: DEVILISH IDEA With a menacing grin, this original painting by Hall of Fame artist Joe Rubinstein features the ‘Jester of Genocide,’ the supervillain Joker cooking up a devilish plot.

“I wanted something weird and different. My Joker is an interpretation of photographs of statues that I had seen of the character and then I made up the colors from character reference. As an artist, you can use whatever color you want as long as it’s the right value; and that means is it dark or is it light.” - Joe Rubinstein About the Joker The nemesis of Batman was created by Bill Finger, Bob Kane, and Jerry Robinson first appearing in the debut issue of the comic book Batman (April 25, 1940), published by DC Comics. A criminal mastermind. Introduced first as a psychopath with a warped, sadistic sense of humor; the Joker later became a goofy prankster in the 1950s in response to regulation by the Comics Code Authority, returning to his darker roots in the early 1970s. About the Creator, Joe Rubinstein