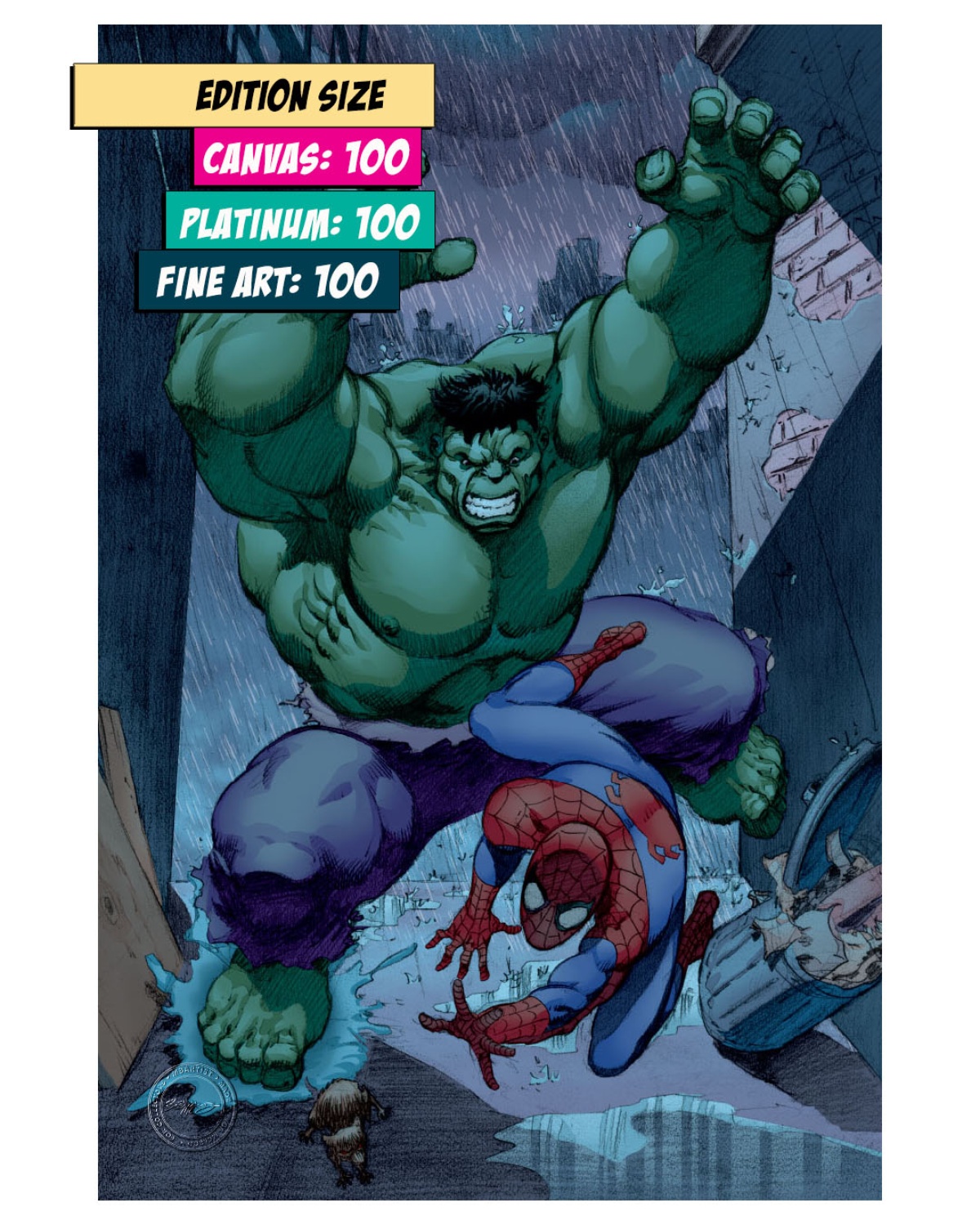 “I had done a similar Hulk v. Daredevil commission in pencils only, but I wanted to circle back and re-do the image with Spider-man.” - Bob McLeod

An artist exclusive from Marvel and Hall of Fame artist Bob McLeod, featuring the Incredible Hulk and Spider-Man.

Fans love to imagine the outcomes when favorite heroes are pinned against one another in battle. In the case of Hulk versus Spider-Man the edge is given to the web-slinger. Able to anticipate the Hulk’s smashing blows, Spidey employs his superior speed and agility, and matches the Hulk in a battle of strength. The characters have squared off in stories and despite taking some heavy licks along the way it’s the “wall crawler” who comes out on top.

“I didn’t go through the ink process for this print, choosing instead to use photoshop to darken the original pencils and then move straight on to the color process. I find there’s a greater warmth and charm in pencils versus inking. The color adds a mood to the image that you don’t get with pencils only.” - Bob McLeod