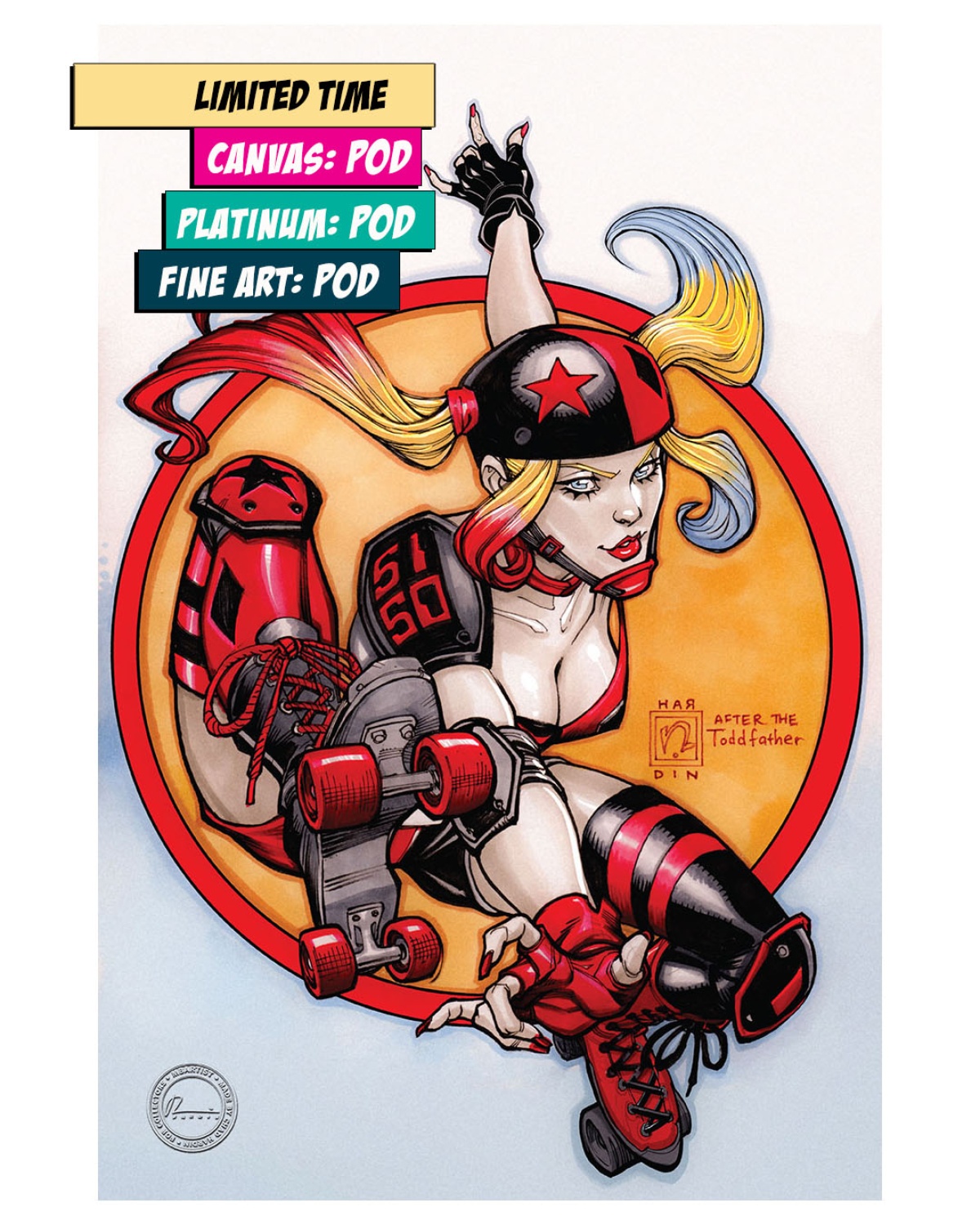 “Doing a swipe of this classic Spider-man cover was a funny story. Typically I would say no to something like this, but the request came in just at the start of the COVID lockdown (2020) so I couldn’t be at a show in person to say no. I struggled to wonder how I could put Harley (Quinn) into a Spidey-like pose without looking ridiculous. Todd (McFarlane) did such a great job on the original and it made sense because it’s Spider-Man. He’s swinging, he’s web-slinging. So I put Harley in roller skates because I thought that would be one of the few times she would be in a flailing pose like Spidey that would make sense. I ended up having a lot more fun on this cover than I expected going in. Never say never kids.” - Chad Hardin

Chad Hardin grew up in the desert of Las Vegas, Nevada. His earliest work was the animation of video games, including: ‘God of War’ and ‘Destroy All Humans’. Today, he is best recognized as an illustrator of ‘Harley Quinn’ in the hit DC Comics series, and co-creator of ‘Temerity’ with Jemma M. Young.