GUARDIANS OF THE GALAXY: IN STYLE 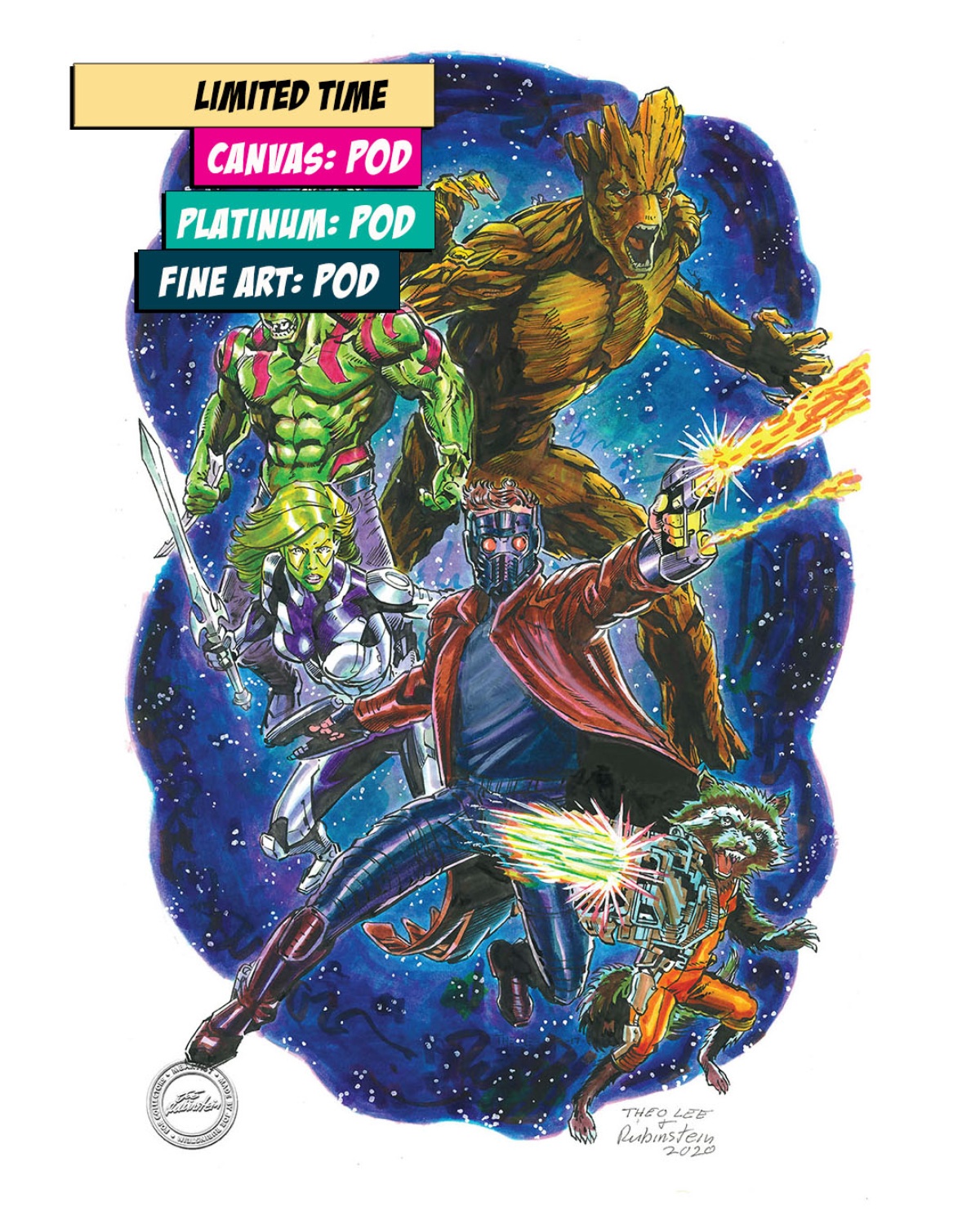 About GUARDIANS OF THE GALAXY: IN STYLE From the archive of Marvel and Hall of Fame artist Joe Rubinstein, a vintage-style movie poster of Marvel’s Guardians of the Galaxy, volume two.

“Inspired by the great movies, I just wanted to get all the team in a group shot. I  had attended an award ceremony honoring Stan Lee, and my role was to draw and entertain people. (I was drawing because my balloon animals suck). All night long I was asked, can you draw a Baby Groot? Clearly, people responded well to the film franchise. When I came out I knew there was an audience for the Guardians. Everything I draw I do from hand, so the end result doesn’t have the fancy photoshop features and often gets credit as “old school” or “vintage”. Which I guess at my age I am.” - Joe Rubinstein About the Guardians of the Galaxy Dan Abnett and Andy Lanning formed the team from existing and previously unrelated characters in Marvel Comics, created by a variety of writers and artists. The 2008 team roster included Star-Lord, Rocket Raccoon, Groot, Phyla-Vell, Gamora, Drax the Destroyer, and Adam Warlock. The MCU film released in 2014 elevated the recognition of this group in pop culture more than the original (volume one) Guardians team created by Arnold Drake, Roy Thomas, and Stan Lee in 1969. About the Creator, Joe Rubinstein