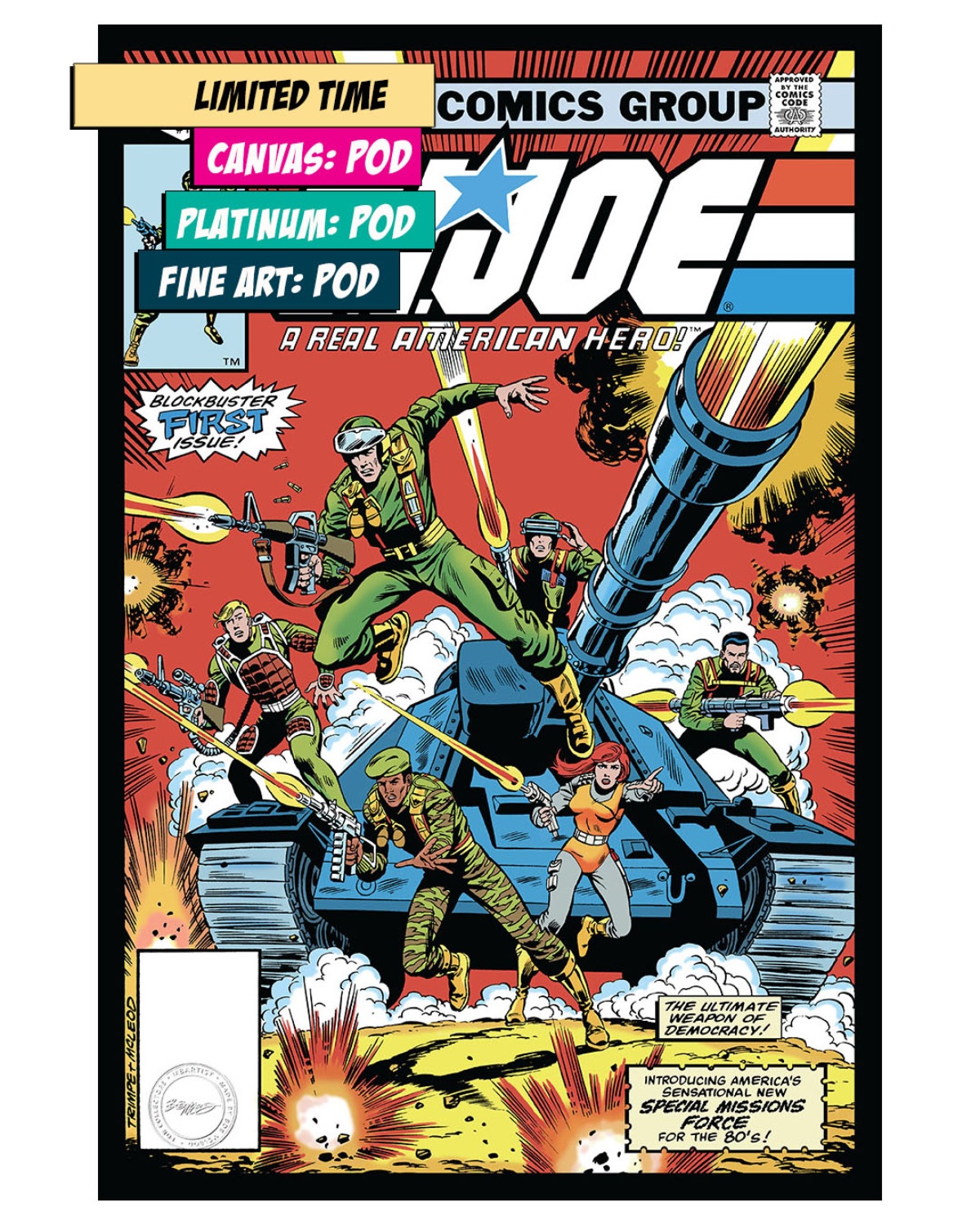 About G.I.JOE #1: A REAL AMERICAN HERO

From the archive of Marvel and Hall of Fame artist Bob McLeod, a recreation of the classic comic book cover of G.I. Joe: A Real American Hero #1.

"I did the inks on the original pencils by Herb Trimpe in the early ’80s for Marvel. The publishers at the time asked for more flash to be added and tasked me with adding embellishment to Herb’s tight pencils. Herb as you may recall is best remembered as the artist of The Incredible Hulk and the first artist to draw Wolverine for publication. This print is for all the great fans of GI Joe that I have met, and continue to meet.” – Bob McLeod  About G.I. JOE

Since 1942, G.I. Joe has been the title of a comic strip of comic books. A licensed property of toy manufacturer Hasbro, the Marvel Comics published “G.I. Joe: A Real American Hero” was released in 1982, and ran for 155 issues into 1994. The stories featured adventures of the Joes fighting the terrorist group Cobra, led by the villainous Cobra Commander. About the Creator, Bob McLeod