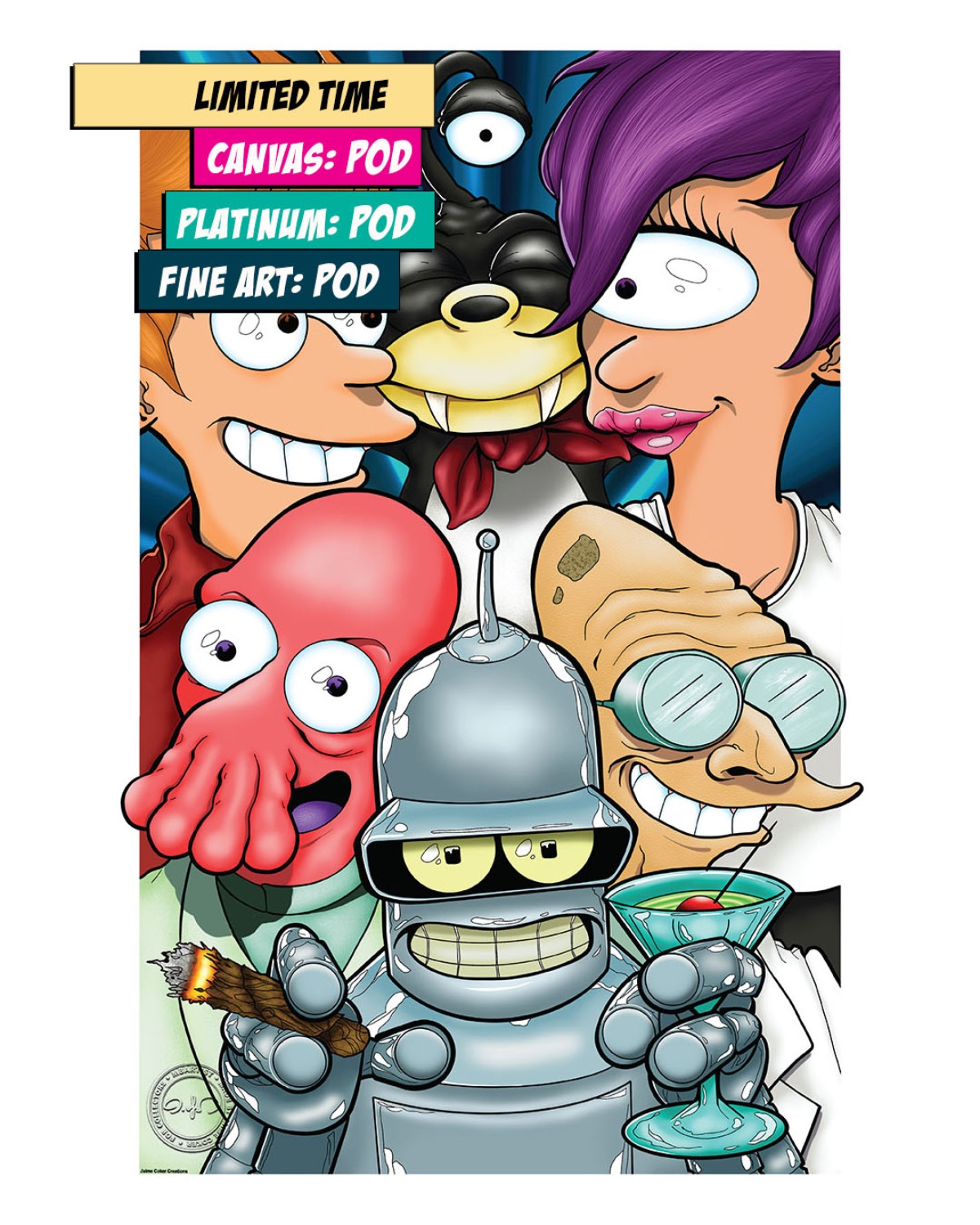 About FUTURAMA: GANGS ALL HERE

From the archive of artist Jaime Coker, a poster featuring the hero team from the animated series “Futurama”.

“I created this print after completing a commission request from a friend that involved Fry in a wrestling theme. I had a lot of fun drawing in that world and as a fan of the show, I just knew I wanted to celebrate that universe more. What was really cool was that when we brought this piece to GalaxyCon in Minneapolis (2019) the voice actor for Bender (John DiMaggio) was there. He signed one for us and complimented the work, sharing that he signed a bunch of them that weekend.” - Jaime Coker

Created by Matt Groening (The Simpsons), the animated series “Futurama” made its debut in 199 on Fox in the United States. Following the adventures of perennial slacker Philip J. Fry, a young man from the 1990s who is accidentally cryogenically frozen for 1000 years and wakes up in the 31st century. “Fry” finds work at an interplanetary delivery company, working alongside the one-eyed Turanga Leela and robot Bender Bending Rodriguez. About the Creator, Jaime Coker Jaime Coker was born in Pennsylvania, USA 1976, and grew up in Hawaii, where he met his wife and creative partner, Trisha. Specializing in realistic cartoons,’ a high-drama style of illustration, Jaime Coker Creations is most recognized for character and universe mashups. His art, like his personality, is often vibrant and engaging, celebrating a genuine passion for fandom.