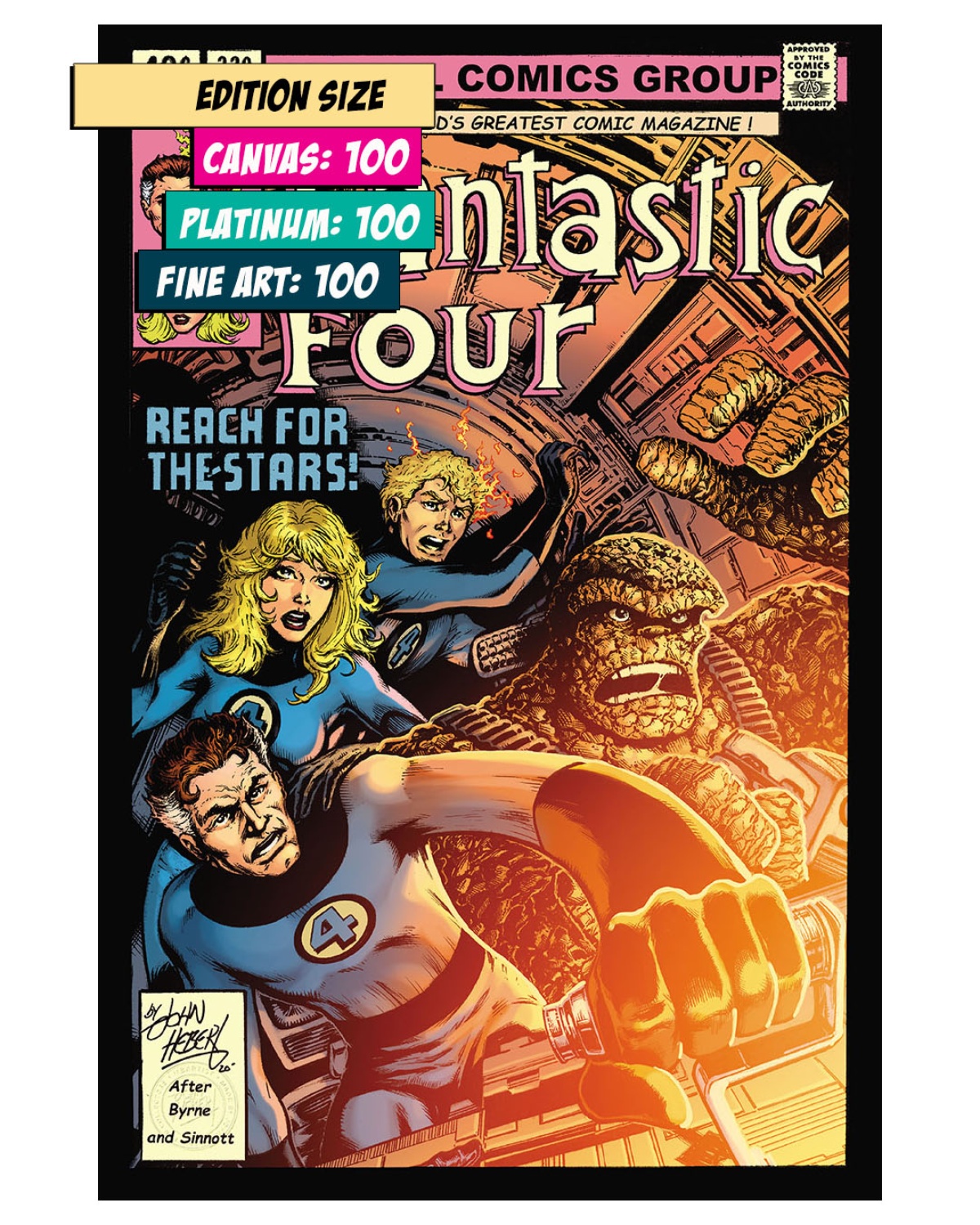 About FANTASTIC FOUR #220: RECREATION (1980) "I loved the original cover art. I thought it could have been better if John Byrne drew it after he became the Fantastic Four series artist a year later. This cover totally feels like Star Wars and an homage to the crew in the Millennium Falcon staring out at oncoming danger. I was excited to add new techniques and technology to really bring out the feeling of heat. Having lost a legendary inker recently this became for me like a fitting tribute to Joe Sinnott (1926 - 2020). – John Hebert About The Fantastic Four In 1961 under their own title, a family of heroes known as The Fantastic Four was introduced by Marvel Comics. Created by Jack Kirby and Stan Lee, protagonist characters Reed Richards, Susan Storm, Johnny Storm, and Ben Grimm each gained new super-abilities after a space mission exposed them to cosmic rays.

In issue #220, "...And the Lights Went Out All Over the World!" the original cover of the book was completed in red and black, a composition by artists John Byrne and Joe Sinnott. The significance of the issue was that the story inside contained a retelling of the origin of the Fantastic Four team. This was the first time the origin story had been updated since Fantastic Four #1. About the Creator, John Hebert

John Hebert, born in New York State in 1965 is a Marvel alumnus whose earliest canvas was the walls of his family home. At age four, he sketched his vision for how TV’s Batman and Robin (Adam West and Burt Ward) would escape from The Penguin (Burgess Meredith).

At the insistence of his mother, John’s media transitioned to pencil and paper where his talents accelerated, accepting a job to draw his first comic book just 2 days before his graduation from art school... John’s most recognized work includes the Punisher: War Zone, X-Men Adventures, Deathlok, Captain America, Spider-Man, Sable, and Jonny Quest.