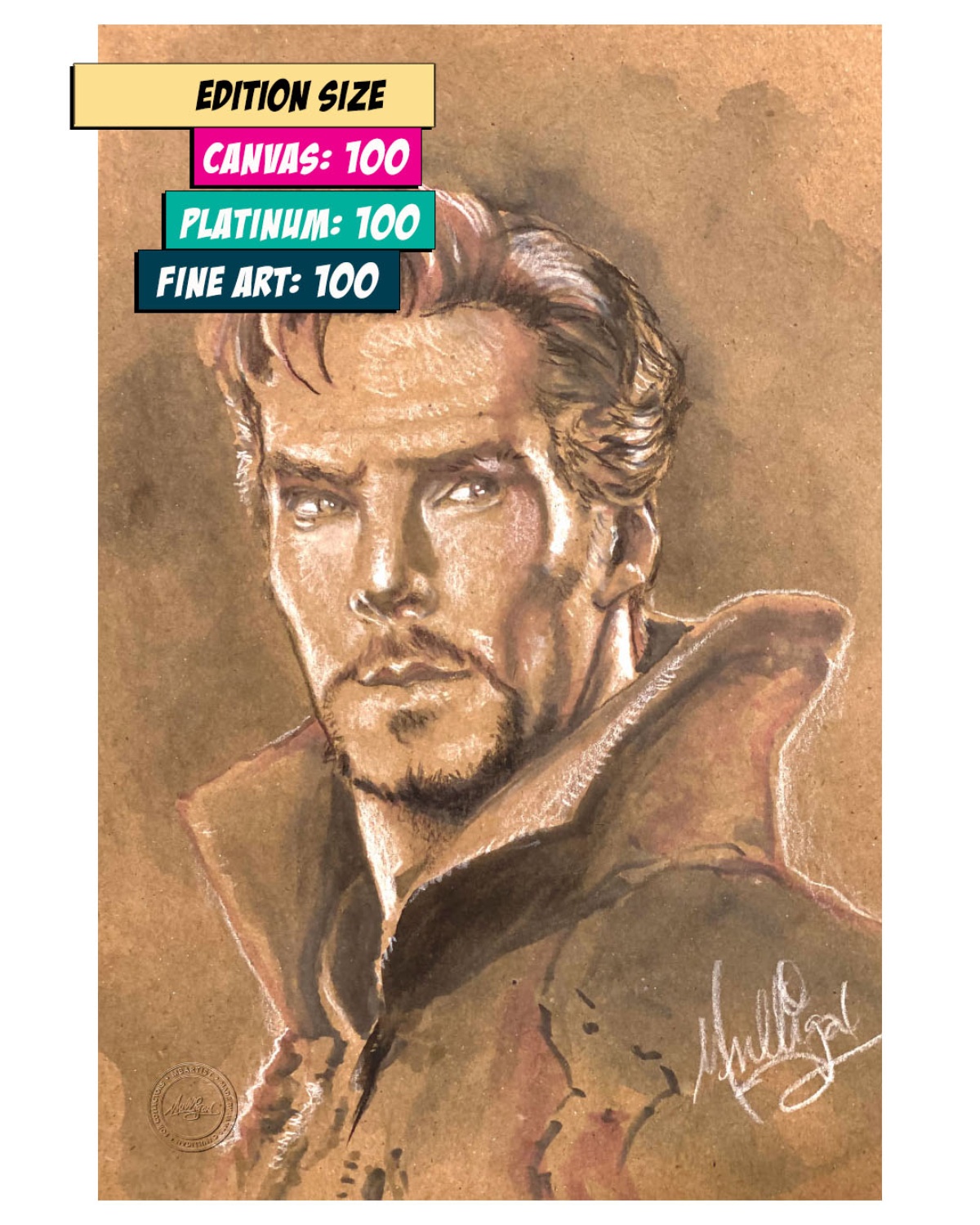 About DOCTOR STRANGE: MCU PORTRAIT  “There are times that I will push my likeness portraits, just a little bit, to include a small amount of caricature to distinguishing features. I work to bring the base elements, the simplest elements and put them at the forefront. There’s a lot of nuance and subtleties. I love to use a sepia paper as a mid-tone to work from and then focus on the use of lights and darks.” - James C Mulligan About Doctor Stephen Strange The Marvel character Doctor Stephen Strange was created by artist Steve Ditko and writer Stan Lee, appearing first in Strange Tales #110 (July 1963).

The “Sorceror Supreme,” the primary protector of Earth against magical and mystical threats, was brought to life in the Marvel Cinematic Universe by actor Benedict Cumberbatch in the 2016 film ‘Doctor Strange’. About the Creator, James C. Mulligan