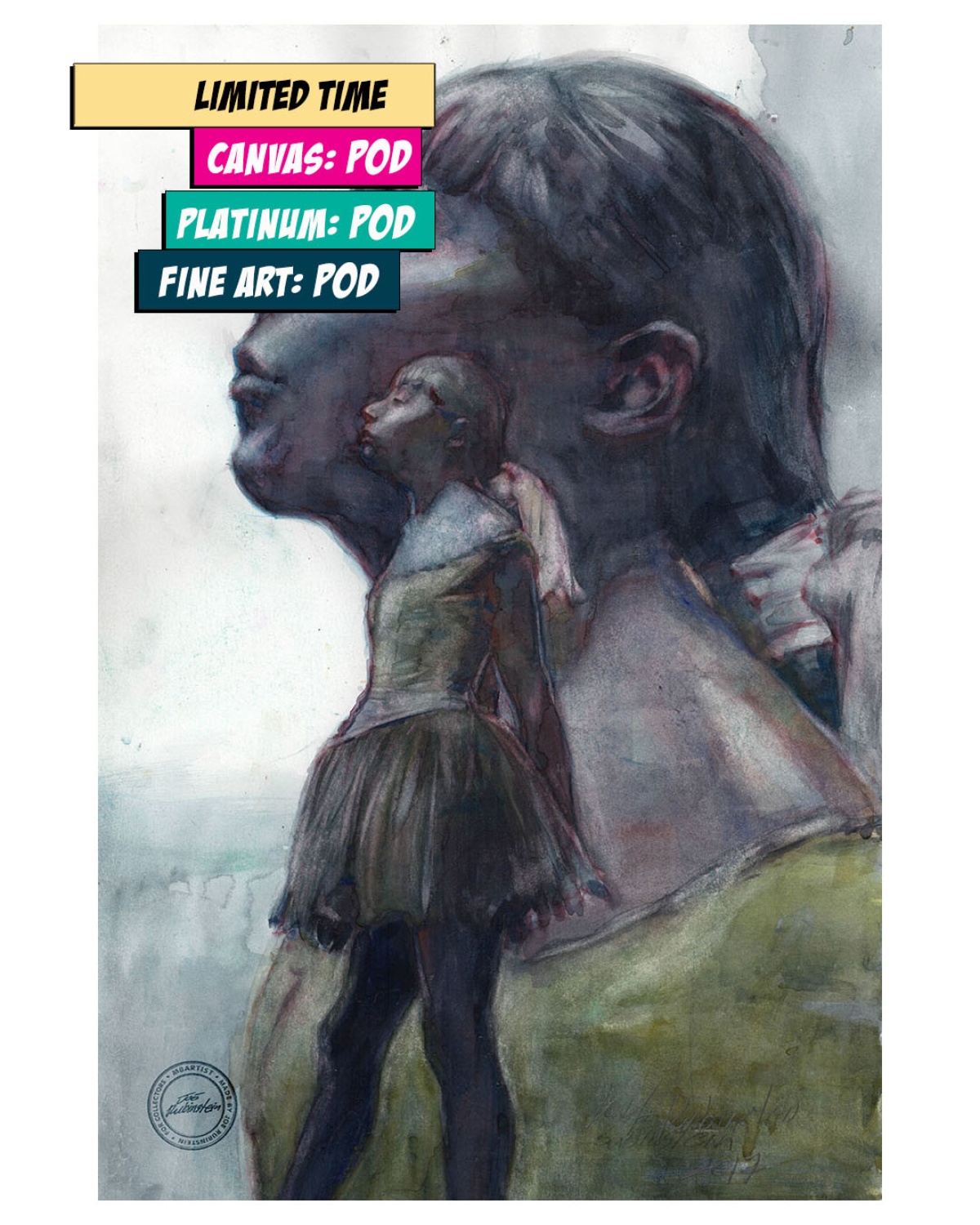 About DEGAS BALLERINA Joe Rubinstein came to paint this portrait composition after repeatedly discovering an exhibition of ‘The Little Dancer of Fourteen Years’ at museums around the United States. While touring comic culture events, Joe often steps out into the city to visit a local gallery or museum. His admiration for Degas and continued interaction with the little ballerina-inspired his creation.

"My early work was heavily influenced by Degas. This is one of my favorite pieces. I thought her body gesture was best seen in the profile. I love her face so much so I layered the close-up and full figure and did it in watercolor to speak more to her delicacy.” – Joe Rubinstein About 'The Little Dancer of Fourteen Years'  Edgar Degas (1834 – 1917) was a French artist especially identified with the subject of dance and movement. He famously created pastel drawings and oil paintings of ballerinas, as well as bronze sculptures, prints, and drawings. Art historians credit Degas for demonstrating high levels of psychological complexity in his portraits, and a keen ability for the portrayal of human isolation.

The sculpture was first exhibited in 1881. Titled, ‘The Little Dancer of Fourteen Years’, this nearly life-size wax figure with real hair and dressed in a cloth tutu provoked a strong reaction from critics, most of whom found its realism extraordinary but denounced the dancer as ugly. About the Creator, Joe Rubinstein