CHAMBER OF CHILLS 23: KISS ME KATY 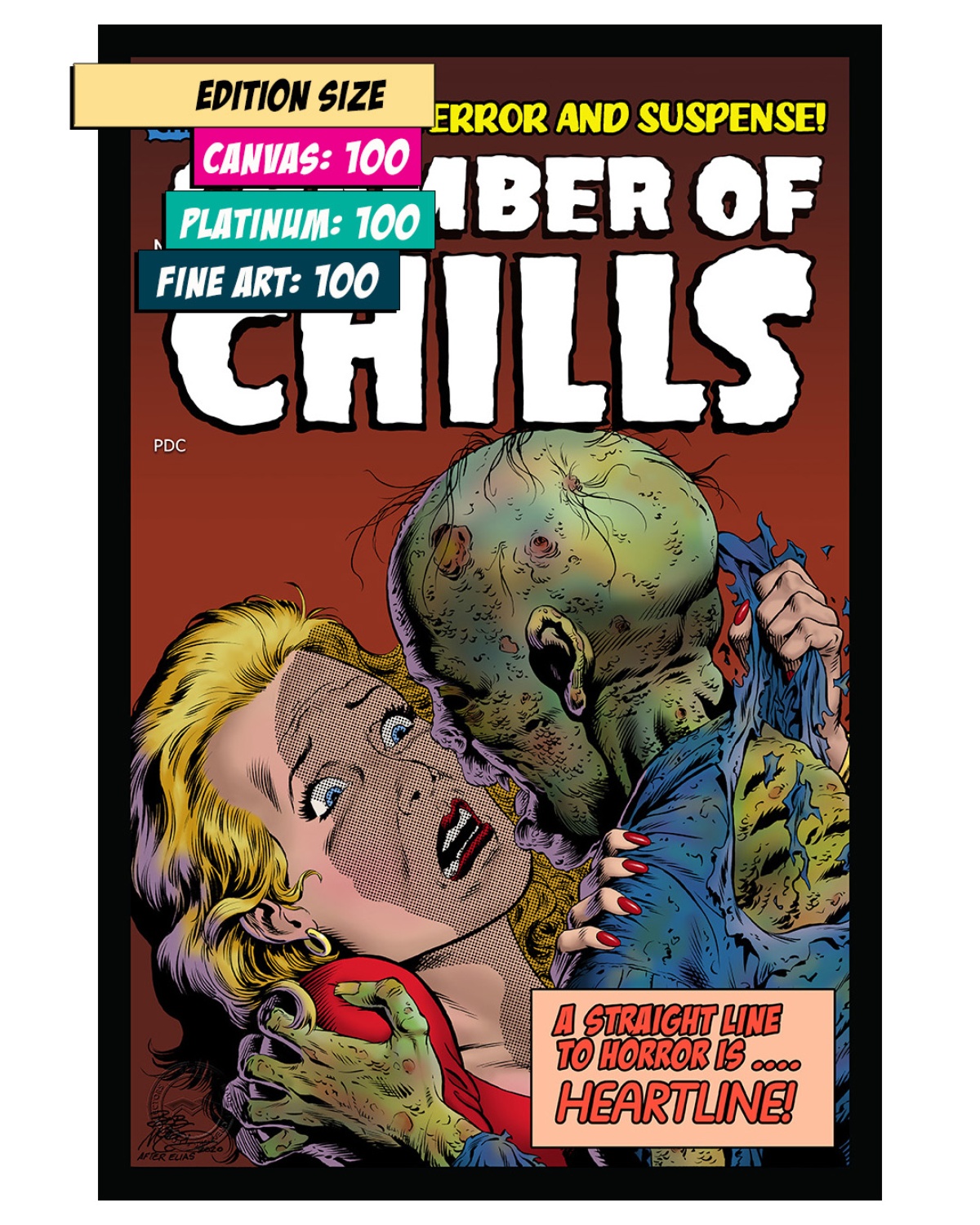 About CHAMBER OF CHILLS 23: KISS ME KATY

A recreation of the Golden Age classic comics covers CHAMBER OF CHILLS  #23 by ‘The New Mutants’ co-creator and Hall of Fame artist Bob McLeod.

"I needed something fun and interesting but also fast to create. This cover had minimal background and detail. I wanted my recreation to be reminiscent of the original but in my style. I stuck to the same coloring scheme and composition so that my cover was a recreation, not a new version.” - Bob McLeod About Chamber of Chills

Issue #23 was released in 1954, with cover pencils credited to Warren Kreme, inking by Lee Elias, and lettering by Joe Rosen. The cover featured the chilling and grotesque image of a reanimated corpse attacking an attractive blonde woman, holding her in a close embrace. About the Creator, Bob McLeod