CHAMBER OF CHILLS 19: TO YOUR HEALTH 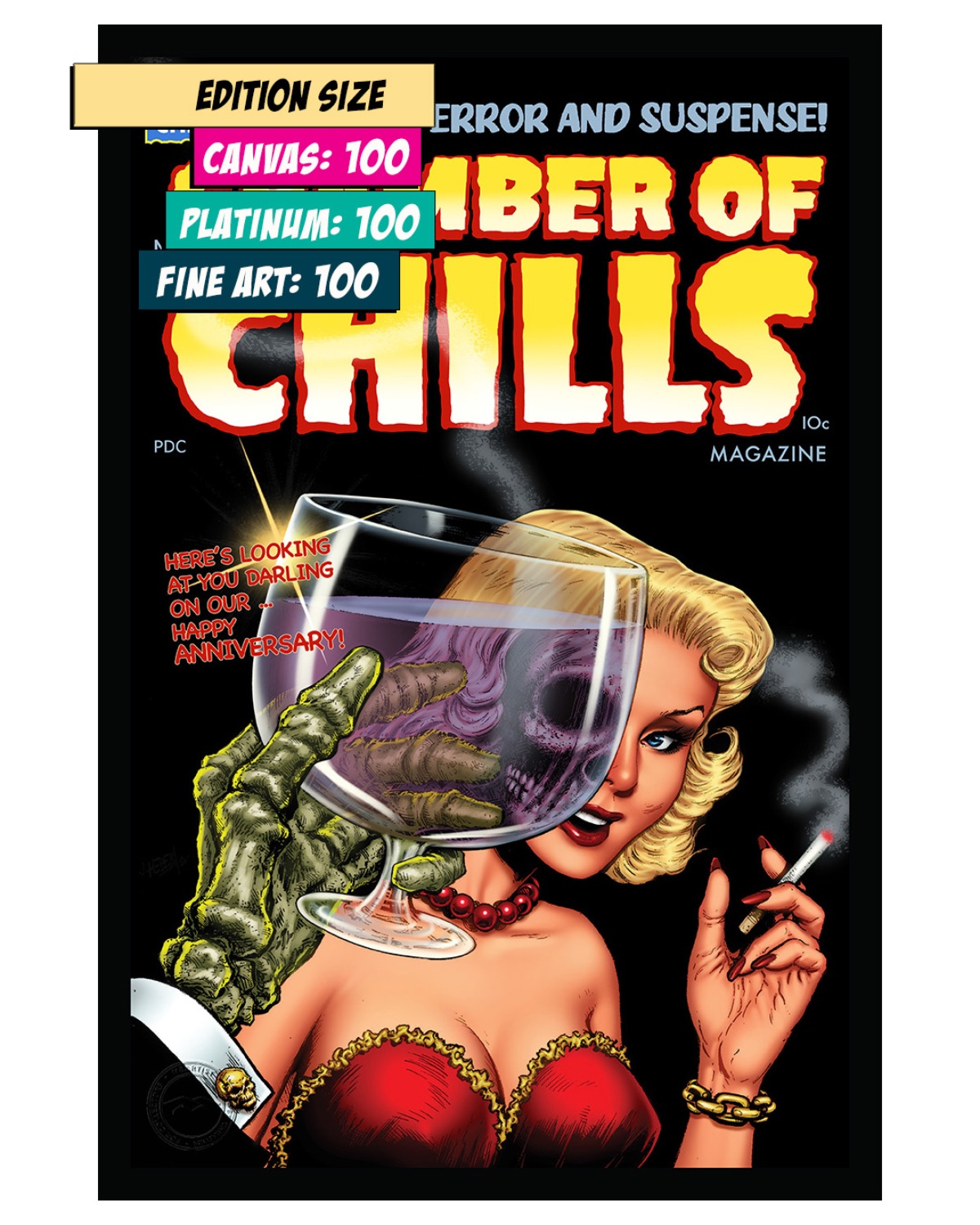 About CHAMBER OF CHILLS 19: TO YOUR HEALTH

A reimagining of the Golden Age classic comics covers CHAMBER OF CHILLS  #19 by ‘Punisher’ and ‘X-Men’ Marvel artist John Hebert. About Chamber of Chills

One of the original horror comic books, “Chamber of Chills” was first published by Harvey Publications in 1951, and ceased publication following the Senate Subcommittee on Juvenile Delinquency hearings of 1954 (United States). An unrelated series of the same name was published by Marvel Comics in the 1970s.

The series of stories were horror-suspense thrillers, featuring monsters, the undead, and darker tales of science fiction. Issue #19 was released in 1953, with cover pencils and inks by Lee Elias. The cover featured a haunting green skeleton raising a wine glass to toast a beautiful blonde woman, revealing her skeleton through the prism of the glass. The cover was titled, “Happy Anniversary.” About the Creator, John Hebert

John Hebert, born in New York State in 1965 is a Marvel alumnus whose earliest canvas was the walls of his family home. At age four, he sketched his vision for how TV’s Batman and Robin (Adam West and Burt Ward) would escape from The Penguin (Burgess Meredith). At the insistence of his mother, John’s media transitioned to pencil and paper where his talents accelerated, accepting a job to draw his first comic book just 2 days before his graduation from art school... John’s most recognized work includes the Punisher: War Zone, X-Men Adventures, Deathlok, Captain America, Spider-Man, Sable, and Jonny Quest