CHAMBER OF CHILLS 13: I HATE ZOMBIES 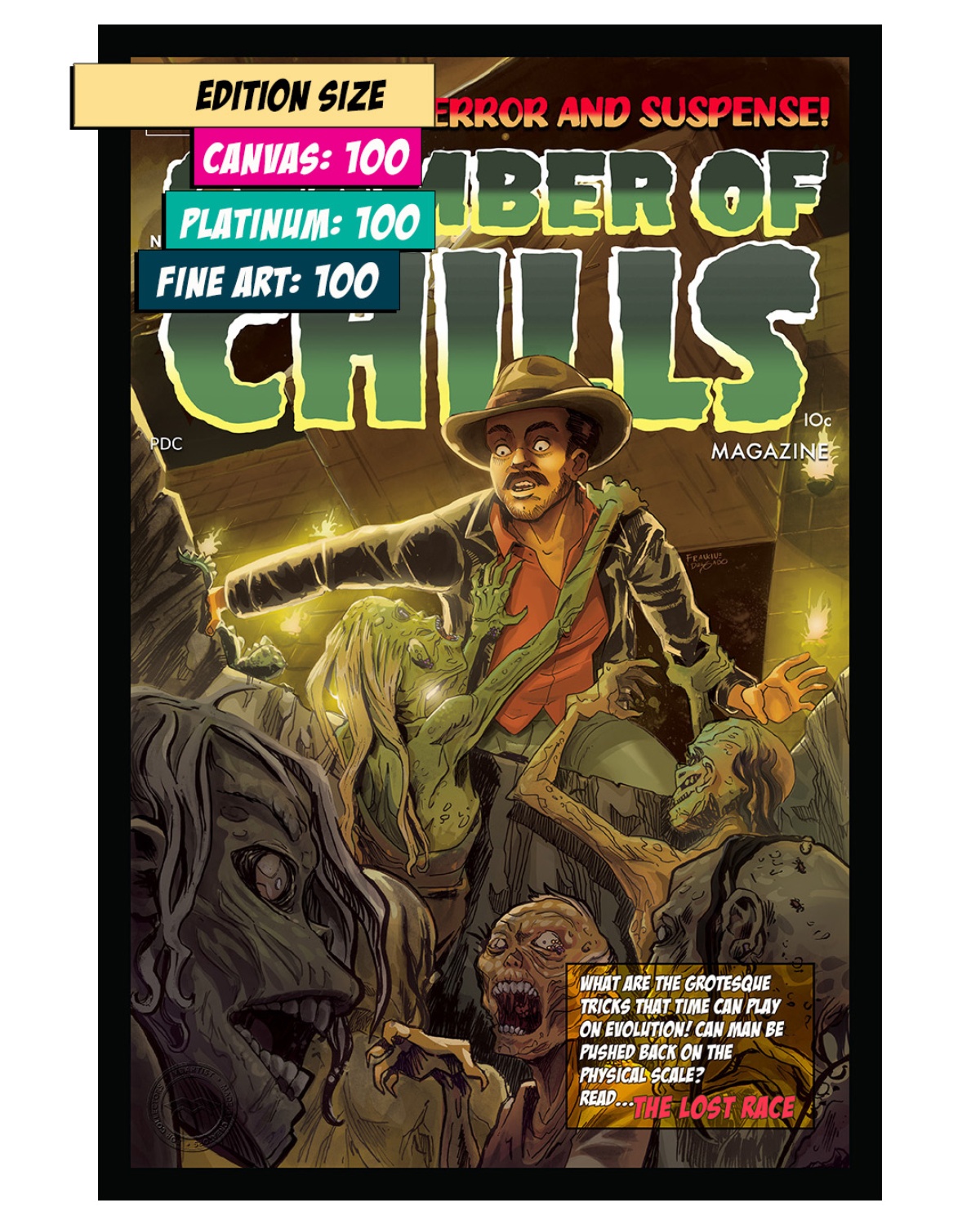 About CHAMBER OF CHILLS 13: I HATE ZOMBIES

A reimagining of the Golden Age classic comics covers CHAMBER OF CHILLS  #13 by ‘The Addams Family’ artist Francine Delgado.

“What’s funny is that when I first looked at the Chamber of Chill's covers I selected number 13 because I liked the number for drawing a scary book, but the cover I thought I was doing actually was the cover art that Jaime Coker reimagined. So when I saw the actual #13 I had to reset.

Haha, Life works in a funny way. I would never have chosen this one but fate did. I used it as an opportunity to push myself and try something far out of my comfort zone. There is no cute or strong girl, it’s a man and ugly zombies. I asked, “how can I take this element and make it scarier? So I pulled the perspective down to see more zombies in the pit, pulling the man down into their horde. It’s a little like an Indiana Jones shot, but without the snakes and zombies.” - Francine Delgado

About Chamber of Chills One of the original horror comic books, “Chamber of Chills” was first published by Harvey Publications in 1951, and ceased publication following the Senate Subcommittee on Juvenile Delinquency hearings of 1954 (United States). An unrelated series of the same name was published by Marvel Comics in the 1970s. The series of stories were horror-suspense thrillers, featuring monsters, the undead, and darker tales of science fiction. Issue #13 was released in 1952, with cover pencils and inks by Al Avison. The cover featured a handsome adventurer uncovering a hidden pit of the undead. About the Creator, Fran(cine) Delgado