CHAMBER OF CHILLS 11: CAST INTO SHADOW 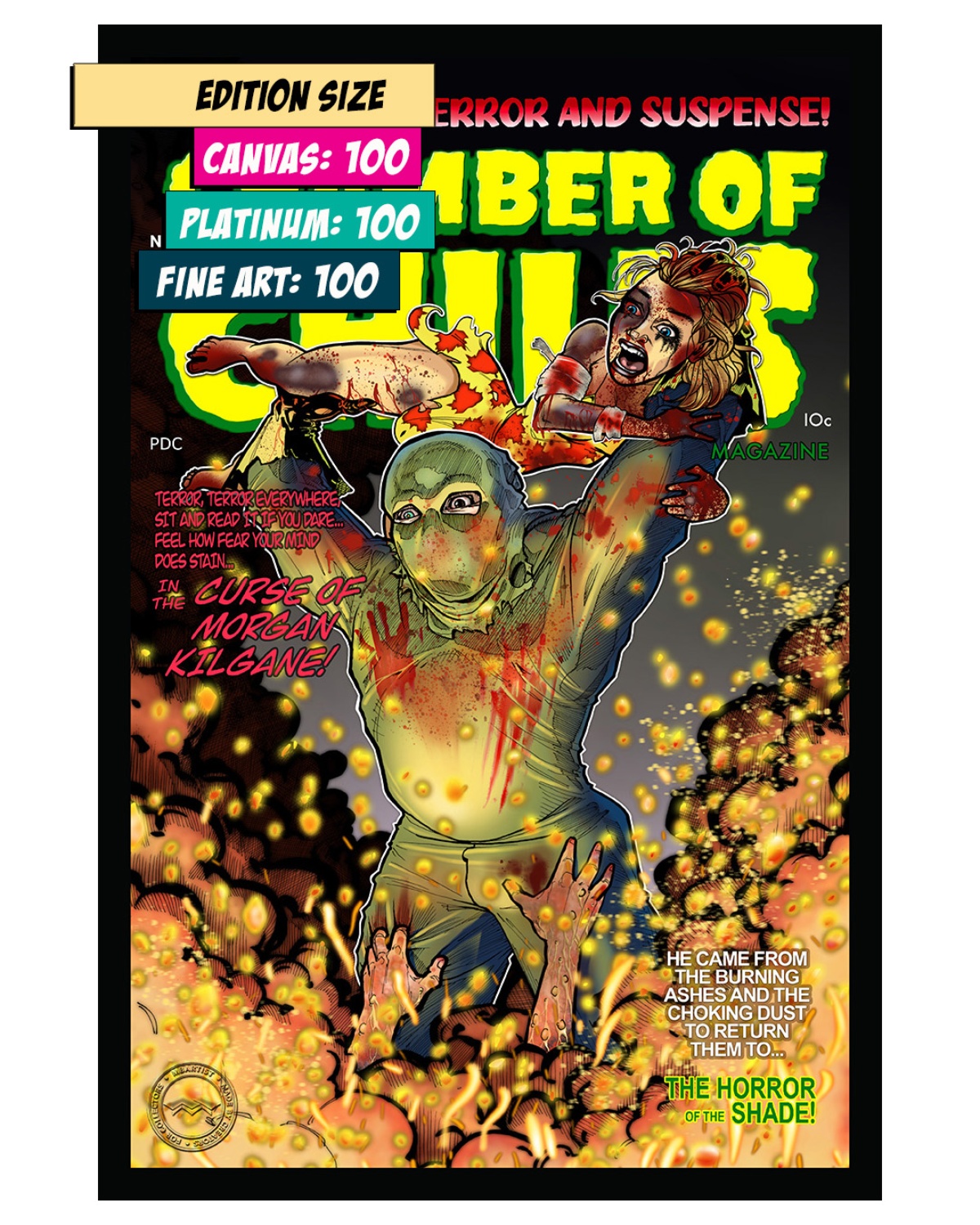 “When I first looked at the cover, I was reminded of Friday the 13th part two, when Jason is wearing the silly hood. I wanted to change the perspective, moving to a down looking up a point of view, with a stronger and more impending sense of doom, especially for the female character in the grasp of the monster. The bad guy caught up to her after all her battling and struggles and unfortunately, this time, there’s not going to be a happy ending.” - Jaime Coker

About CHAMBER OF CHILLS One of the original horror comic books, “Chamber of Chills” was first published by Harvey Publications in 1951, and ceased publication following the Senate Subcommittee on Juvenile Delinquency hearings of 1954 (United States).

An unrelated series of the same name was published by Marvel Comics in the 1970s. The series of stories were horror-suspense thrillers, featuring monsters, the undead, and darker tales of science fiction. Issue #11 was released in 1952, with cover pencils and inks by Lee Elias. The cover featured a hooded figure with muscular green arms carrying off an unconscious beautiful woman while pursued desperately by a handsome young man. About the Creator, Jaime Coker

Jaime Coker was born in Pennsylvania, USA 1976, and grew up in Hawaii, where he met his wife and creative partner, Trisha. Specializing in realistic cartoons,’ a high-drama style of illustration, Jaime Coker Creations is most recognized for character and universe mashups. His art, like his personality, is often vibrant and engaging, celebrating a genuine passion for fandom.