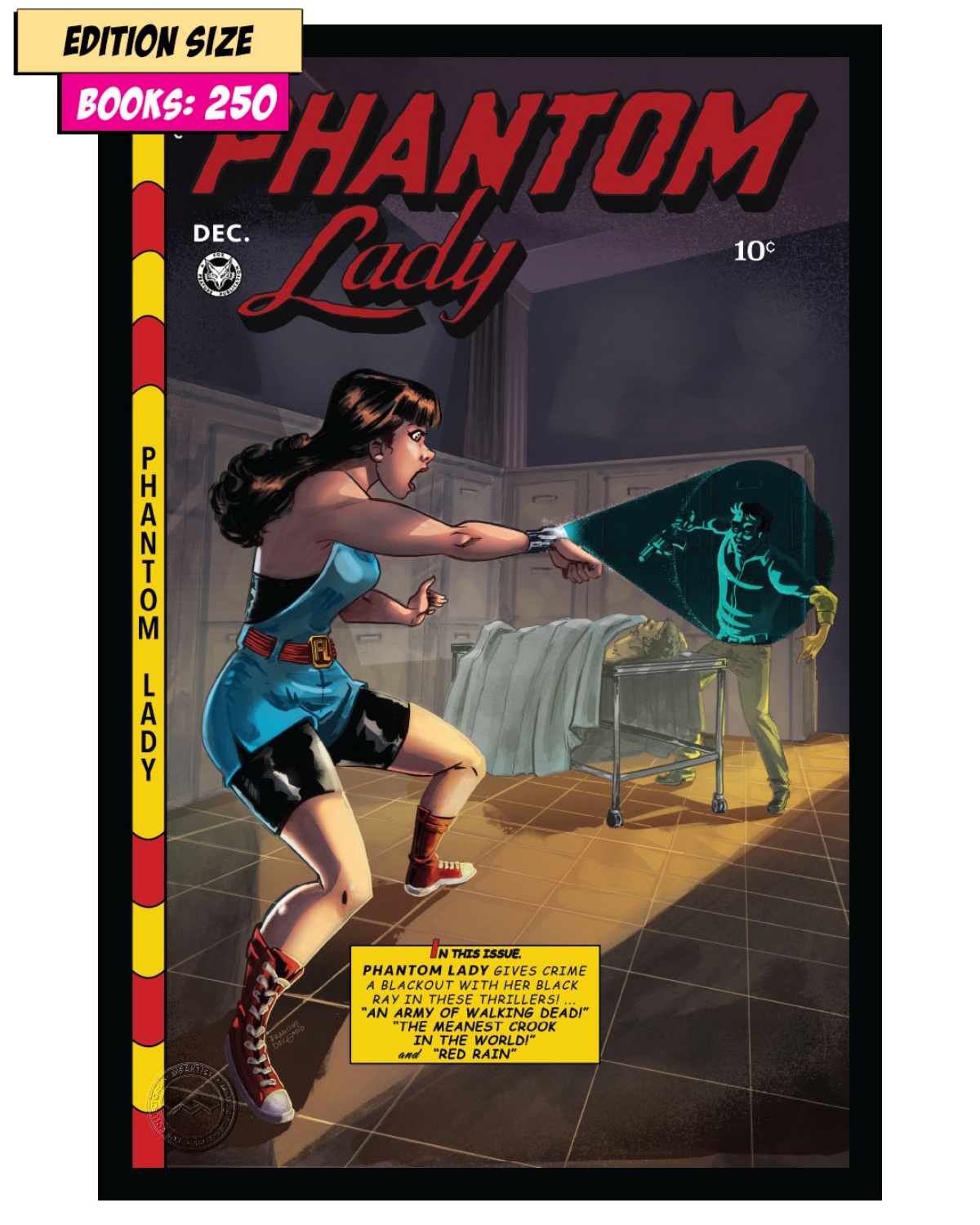 The partial reprints were first produced in 2020 as a pilot project.

"I was super excited to cover one of the first books where a woman was the lead, not a sidekick, damsel, or secretary. I chose #15 because I wanted to draw Sandra Knight/ Phantom Lady interacting with her surroundings. I wanted to give more depth to the image and a greater feel for the dimensions and space between our hero and the other characters. .... I updated her costume to be more of a modern woman but keeping items that make her recognizable, like her color scheme. It also impressed me that she is one of the rare classic female heroes fighting crime in flats, not heels. Phantom Lady for me is like Batman. She is a crime-fighting detective with fighting skills, not superpowers, and a cool gadget that helps her in taking down her foes." - Francine Delgado

A property of Fox Feature Syndicate, the original crime drama book was published in December 1947, with pencils and inks by Matt Baker and titled ‘An Army of Walking Dead,” referring to a story inside featuring Doctor Crime and plot to take over control of the United States using zombie operatives.   The female protagonist Sandra Knight is a Washington D.C. socialite and daughter to Senator Henry Knight. As heroic costumed alter ego Phantom Lady, Sandra Knight battles crime using her detective-like wit and fighting skills. She is aided by a specialty gadget, a blacklight ray that she uses to project darkness, blinding her foes and making her invisible.

About the Creator, Francine Delgado