BEAUTY AND THE BEAST: FULL SURRENDER 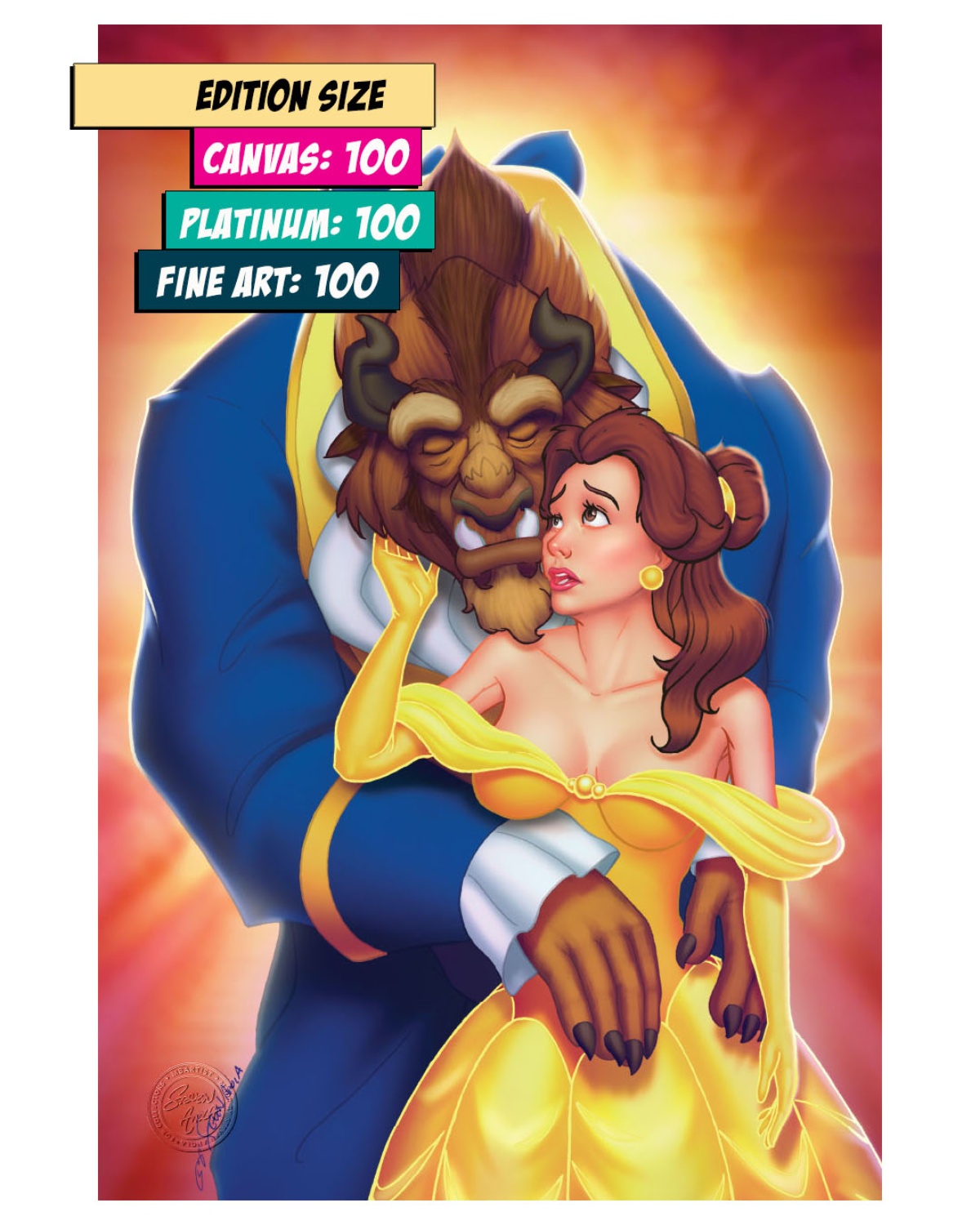 About BEAUTY AND THE BEAST: FULL SURRENDER  “I was privileged to be part of this Disney project early in my animation career and returned to that time to complete a commission request for a fan. The original was signed by the animation voice actors - Robby Benson and Paige O’Hara - and sold at a show. I wanted to capture that moment in time, just as the Beast and Belle complete their magical ballroom scene - when they realize their feelings and surrender to them, not yet sharing with each other what they are feeling inside.” - Steven Ahola About Beauty and the Beast The French fairy tale ‘La Belle et la Bête’ was published in 1740, written by novelist Gabrielle-Suzanne Barbot de Villeneuve, and adapted for animated cinema by Walt Disney Feature Animation in 1991. The popular film was later re-released in 2017 as a live-action adaptation of the earlier animation.

A story of a young prince cursed for his selfishness, who finds salvation with the help of a young woman from a nearby village, who - despite his beastly appearance - falls in love.  About the Creator, Steven Ahola Steven Ahola, born November 1975 in Ontario Canada is an accomplished animator, illustrator, writer, and director. Steven is known for his work for television and film including Beauty and the Beast, 7 Little Monsters, Babar, Cardcaptor Sakura, Corduroy, Franklin, Little Bear, Ned's Newt, Red Wall, Rescue Heroes, and Tales From the Cryptkeeper. His favorite hashtag is #thisismychildhood reflective of his passion for all things comic culture, vintage toys, and gaming.