BATTLE OF THE PLANETS: G-FORCE 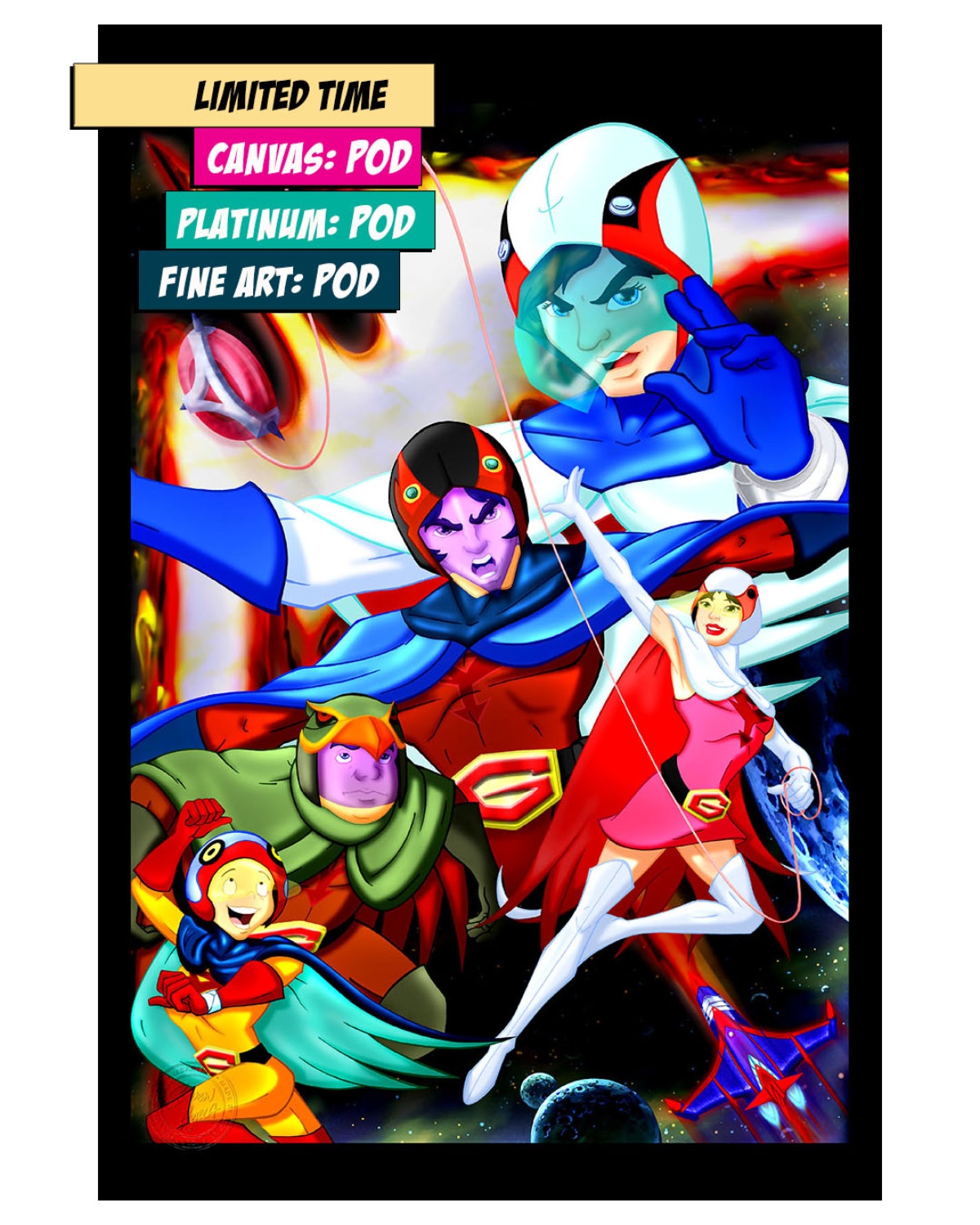 About BATTLE OF THE PLANETS: G-FORCE

"Originally a commission, the print needed to be incredibly detailed because the final was to be printed at 8’ tall on a residential wall. I worked to incorporate the composition style of Drew Struzan to create a cinematic poster including the main characters and their ship.” – Steven Ahola   About BATTLE OF THE PLANETS In 1972, the original anime series “Kagaku Ninja Tai Gatchaman” made its debut, but it is most recognized in North America as the English adaptation “Battle of the Planets” released in 1978. Created by Tatsuo Yoshida and produced by Tatsunoko Production. Science Ninja Team Gatchaman is about a five-member superhero team: Ken the Eagle, Joe the Condor, Jun the Swan, Jinpei the Swallow, and Ryu the Owl. The team exists to oppose an international terrorist organization of technologically advanced villains trying to control Earth's natural resources. About the Creator, Steven Ahola Steven Ahola, born November 1975 in Ontario Canada is an accomplished animator, illustrator, writer, and director. Steven is known for his work for television and film including Beauty and the Beast, 7 Little Monsters, Babar, Cardcaptor Sakura, Corduroy, Franklin, Little Bear, Ned's Newt, Red Wall, Rescue Heroes, and Tales From the Cryptkeeper. His favorite hashtag is #thisismychildhood reflective of his passion for all things comic culture, vintage toys, and gaming.