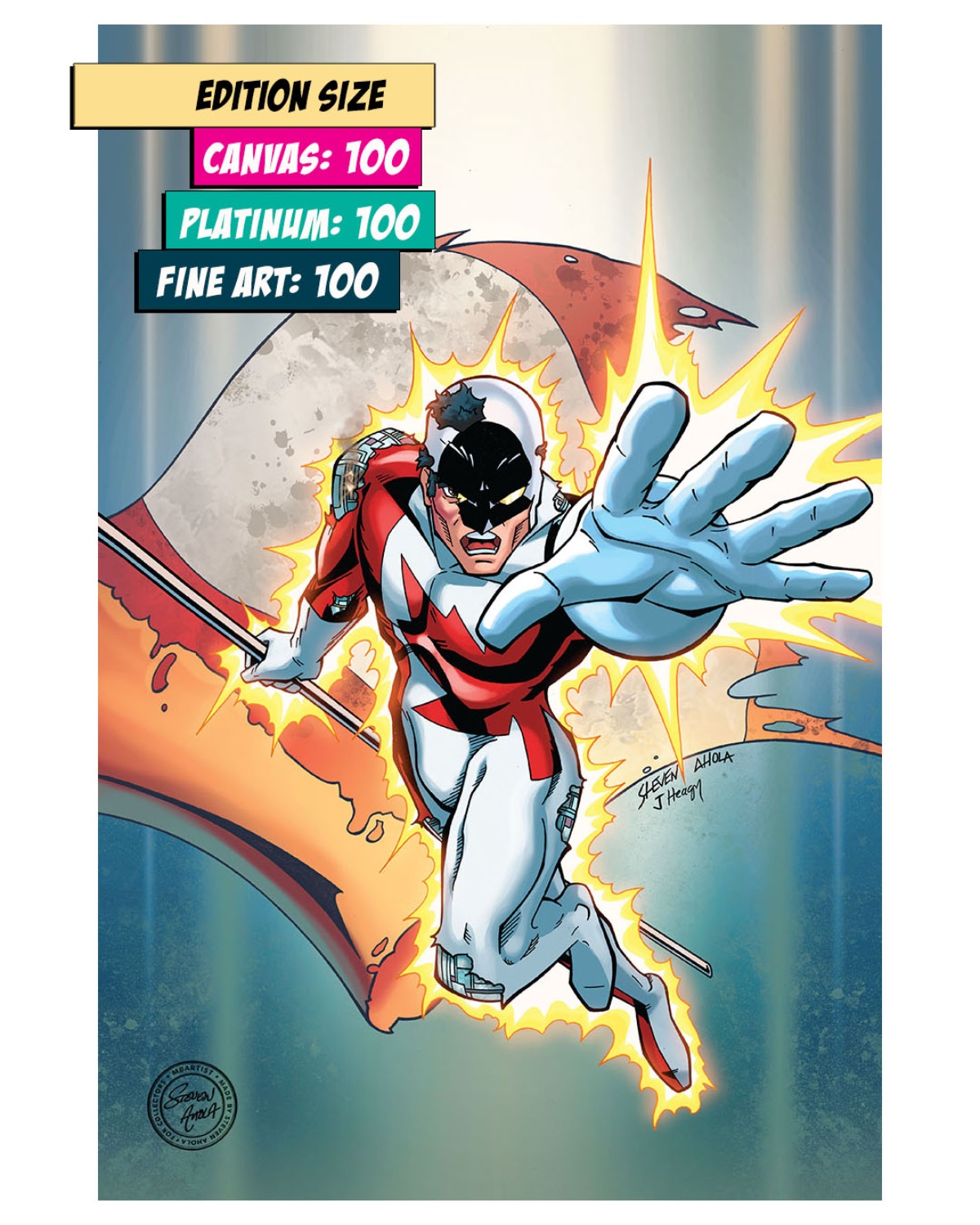 About ALPHA FLIGHT: GUARDIAN OF CANADA

This poster was originally part of a pitch for an animated Alpha Flight TV show created early in my career. I wanted a dynamic action image mirroring the patriotism of Captain America. The character position was inspired by Superman 2 when our hero returns the flag to the White House. – Steven Ahola

Created by artist John Byrne for Marvel Comics, James Hudson (aka: “Guardian” or “Weapon Alpha” or "Vindicator") made his first appearance in The X-Men #109 (1978). A founding member and leader of the hero team Alpha Flight, Guardian was modeled to be the Canadian equivalent of Captain America, right down to the maple leaf motif on his chest representing the Canadian flag. Guardian is not Captain Canuck, another Canadian-themed superhero with similar abilities and red/white costume.


About the Creator, Steven Ahola

Steven Ahola, born November 1975 in Ontario Canada is an accomplished animator, illustrator, writer, and director. Steven is known for his work for television and film including Beauty and the Beast, 7 Little Monsters, Babar, Cardcaptor Sakura, Corduroy, Franklin, Little Bear, Ned's Newt, Red Wall, Rescue Heroes, and Tales From the Cryptkeeper. His favorite hashtag is #thisismychildhood reflective of his passion for all things comic culture, vintage toys, and gaming.

MBart Switch canvas wall art posters ship pre-assembled* and are packaged in a presentation box specially designed to protect artwork in transit and deliver an engaging consumer experience. *Due to the large size of the Bus Stop artwork this model requires some assembly.

Each MBart Switch display system ships with a self-anchoring specialty screw that can be installed on most wall surfaces using a screwdriver (not included).

Most of the packaging materials for MBart Switch products are made from renewable resources and are recyclable.